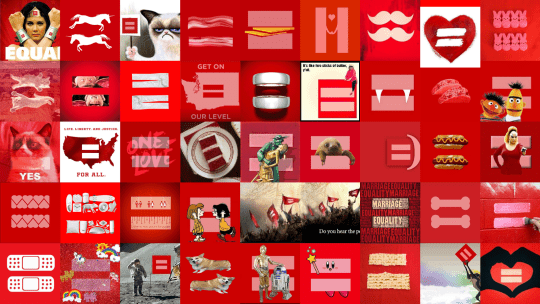 As part of its annual Platinum PR & Agency Elite Awards program celebrating the best and brightest in communications, PR News handpicks a group of campaigns that will likely be remembered in years to come for their ingenuity, strategic messaging and measurable communications outcomes. These campaigns make up PR News’ Platinum Hall of Fame, and this year's winners will be officially inducted at PR News' Platinum PR & Agency Elite Awards luncheon Sept. 21 in New York City.

One of this year's Hall of Fame inductees, the Human Rights Campaign (HRC), was selected by PR News' panel of judges for its red equality logo. On March 2013, as the U.S. Supreme Court heard arguments in two marriage equality cases, HRC shared a red version of its logo—selected because the color is synonymous with love—on Facebook and Twitter and asked supporters to change their profile photos to show their support.

The campaign went viral, and celebrities like George Takei, Beyoncé and Martha Stewart helped draw attention to the movement. Millions of people shared the logo and Facebook saw a 120 percent increase in profile photo updates. The internet was awash in red, displaying the growing support for marriage equality in the U.S. and around the world.

The campaign put the spotlight on HRC and spread awareness about the organization. Whether the logo is seen on a T-shirt or a lawmaker's lapel, it sends a message that the Human Rights Campaign and its supporters remain vigilant in the fight for LGBTQ equality.

To celebrate HRC's induction into the 2018 Platinum Hall of Fame, PR News sat down with HRC's senior design director Robert Villaflor to learn more about the inner workings of the campaign.

PR News: Why did HRC decide to change its logo?

Robert Villaflor: There was a decision amongst the group to use the color red—the color of love—to mark and brand the efforts around the campaign. That included using red in rally signs and banners, collateral, t-shirts and web and social media graphics. From there we made the radical decision to temporarily change our logo from blue and yellow to red and pink as a way to mark the day that the Supreme Court was scheduled to hear arguments.

PR News: How did you promote the change on social media? What do you think made it go viral?

RV: In the months leading up to the Supreme Court case, HRC was really dialed into the changes that were happening across the country in terms of the attitudes around LGBTQ equality, and there was data to back it up. By 2012, polls indicated nearly 8 out of 10 Americans were saying they knew of a gay family member or loved one, and major corporations like Starbucks and Amazon came out in support of marriage equality.

Our comprehensive social media plan to promote our efforts and the efforts of the coalition included publishing blog posts promoting recent polling data and sharing personal stories of couples affected by marriage inequality, producing image shares promoting our plan of action at the Supreme Court and asking our followers to use the coalition's hashtag and to follow along on Facebook and Twitter.

There was already a lot of momentum moving in our direction, but then, long time HRC supporters and celebrities like George Takei (and his 3.7 million followers) began changing their FB profiles to red—and that's when things really snowballed. Millions of Americans in every state in the country began changing their profiles. We posted that ask on Mon., March 25 and less than 24 hours later our website crashed due to an over-600 percent increase in traffic.

PR News: How did the logo and its overall symbolism engage HRC’s audience and supporters to take action?

RV: Our iconic blue and yellow equal sign logo had long been a powerful symbol for equality since it was designed back in 1995, when HRC underwent a rebranding under then-executive director Elizabeth Birch. Since then, its recognition has grown over the years through the highly visible work the organization has accomplished as well as through our branded merchandise, particularly the ubiquitous square bumper stickers that we found resonated so deeply with supporters.

So when we asked our followers to take action and change their profiles to red it seemed like a lot of things came together in that moment. People found really creative ways to interpret our simple equal sign and to share something personal about themselves and their beliefs. And through that sharing there was this really powerful moment that happened–people began to see other people they knew standing for something that they too believed in—and that opened up an unexpected level of engagement and visibility for HRC online and through widespread news coverage.

PR News: How do you incorporate the new logo into your overall branding today?

For example, what was at the heart of that campaign was the fact that a majority of Americans came out and showed their support for equality. That unprecedented level of enthusiasm and energy in a way fed into our work of identifying the Equality Voter—LGBTQ voters and strong allies who support equality issues and are motivated to act—which we then hope to engage and turn out to help elect pro-equality candidates and ultimately pass critical legislation like the Equality Act, guaranteeing federal protections for all LGBTQ Americans.

PR News: Any advice for other brands about to attempt a bold visual rebrand?

RV: Trust in the work. As a design director, it was a little hard to break one of the cardinal rules of design—to never alter your organization's identity—but we knew there was something big happening and we had a plan. Personally, I had no idea it was going to unfold quite the way that it did, but through the data and the personal stories we heard and collected we knew we were on the right side of history. And in the end, love won.

Hear from HRC and the rest of the Platinum Hall of Fame inductees in person at PR News' Platinum & Agency Elite Awards Sept. 21 at the Grand Hyatt in New York City. ESPN's Hannah Storm will be hosting.