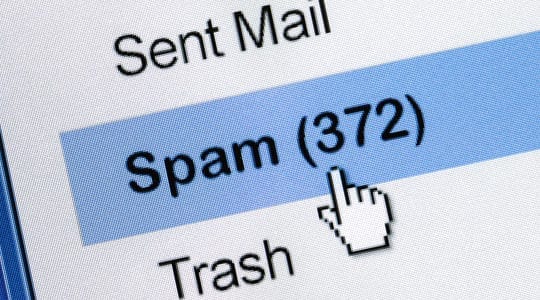 Time and again, we are reminded that robocall spam remains a frustration to anyone with a mobile phone number. If you think that the epidemic of automated calls seems to have gotten worse, you're not alone. Comedian and late night pundit John Oliver said as much recently in a segment devoted to explaining why robocalls are still a thing, and what can be done about them.

A new initiative by carriers has launched that intends to thwart these pre-recorded messages from ruining your day. AT&T and Comcast have entered into a partnership program that will authenticate calls made between the two networks, the first-ever such partnership for the telecommunications industry. What's more, it's supported by competitors including Verizon, T-Mobile, Sprint, Google and more. As of now, the service is expected to be free.

A March 5 test authenticated calls between the carriers using a protocol called SHAKEN (Signature-based Handling of Asserted information using toKENs) and STIR (Secure Telephone Identity Revisited), a verification method meant to cut down on spoofed phone numbers. So far, there are no reports that James Bond is involved.

“For example, a call that is illegally ‘spoofed’ – or shows a faked number – will fail the SHAKEN/STIR Caller ID verification and will not be marked as verified,” according to an AT&T statement. “By contrast, verification will confirm that a call is really coming from the identified number or entity.”

This is clearly a step in the right direction for the telecoms giants, but also indicative of a major lesson about communications reform: curbing bad behavior needs to come from the businesses themselves, not regulators. This new protocol was not borne from any FCC mandate, and by the same token, other best practices for communicators need to come from the brands themselves.

As GDPR took effect, countless brands required their network to opt-in to new privacy policies and terms of service. Those changes weren't required for domestic brands that don't do business internationally, but they were certainly a good idea given that data regulation remains a topic du jour.

But when it comes to spamming, email remains the medium where much of the bad behavior still runs rampant. Here are some other steps your communications team can take to make sure that it isn't spamming its audience with too much information over email.

Don't send mass emails for everything

Mass-mailing services like MailChimp are great for press releases and other blasts, but it can be easy to forget that certain messages aren't meant for huge blasts. Press releases are one thing (should your business even be sending out traditional press releases? It depends on how your audience segments prefer to have conversations), but sending out 'personal' invites to events, or mass messages framed as personal correspondence from a member of your staff, will come off as inauthentic and stilted when blasted out en masse.

Instead, the person drafting that email should use a personal template and tailor details within to the person you're trying to connect with. It's more work than a blanket mass email, for sure, but will also guarantee more affirmative responses and replies—the original version of micro-targeting, if you will.

Tell your contacts why you're reaching out to them

Much information about journalists and their beats is available online, and it quickly becomes clear who is just practicing the 'spray and pray' philosophy of casting a wide outreach net,  hoping they catch some big fish. That's not only counterproductive, but downright insulting—in an age when journalism or reportage is often anonymized as mere 'content', writers want to know that you're reaching out to them for a specific, mindful reason. If that reason isn't clear, expecting a response is both foolhardy and entitled.

This same logic holds true across all realms of PR, and it's more than just a 'know your audience' takeaway. Once you know your audience, speak to them on their level—in tone, verbiage, and most importantly, intention. That old Simon Sinek TED Talk adage comes to mind: "people don't buy what you do, they buy why you do it." When blasting out messages en masse comes off with an opportunistic 'why,' even good information seems like spam.

Present a clear path to escape

The final insult to a spammy outreach campaign comes when your audience has no clear path to opt out or unsubscribe. There may be a miniature link at the bottom, and clicking it may promise that the user's choice to opt-out will take effect in a few days. But what happens after that? Are they redirected to a page that makes them click through all the communications they wish to stop receiving, and is that menu easy to understand? Is the request then parlayed to the proper department who can make sure the removal happens?

This sounds simple, but we all have examples where seemingly simple unsubscribe options require arduous steps to take effect or simply don't happen at all—another example when the audience experience is compromised and your brand's cache of goodwill suffers as a result.