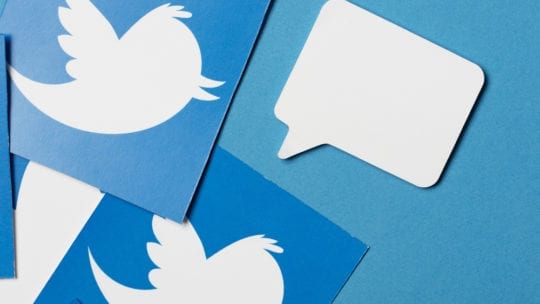 It’s easy to forget that social media is a relatively new phenomenon now that it’s so deeply ingrained in our lives. But even as it has grown and evolved over the past decade or so, the rule book for social platforms is still being written day by day. And it’s remarkably easy for companies, leaders and individuals to screw up what could have been a perfectly normal tweet.

As proven by Rudy Giuliani’s recent Twitter grammatical error, where he unintentionally created a domain that was then used by an opportunist comedian for a political prank, the book of best practices on Twitter could still use some studying.

With that in mind, here are some cardinal rules for keeping it professional on Twitter, starting with the obvious:

Watch your grammar and language

Though it’s uncommon that grammatical errors result in situations such as this, it’s still worth it to take a few minutes to edit your tweets before you post—as tweets are still not editable. Information moves quickly these days, and it can feel like the quicker response is the best, but a tweet riddled with typos and grammatical errors appears unprofessional and can confuse your followers.

In the vein of professionalism, keep swearing and other controversial language out of your tweets. Twitter is generally considered to be a casual, informal platform, but it’s still best practice to keep your language clean and upstanding. You never know who is reading, or who you might offend.

Have you ever posted a link to a story without reading it because it had a great headline, only to find out later that the piece was poorly-written, ignorant or incorrect? It’s easy to comment on something quickly without thinking it through or ruminating on the correct wording to use, but we’ve seen time and time again recently how one ill-conceived tweet can create a full-blown incident. Whether from a branded account or your personal handle, always think before you tweet.

Things move quickly on Twitter, especially if your company is experiencing a crisis. And in today’s climate, a crisis—or even just a controversial tweet—will inevitably draw trolls to your timeline. Though you should always engage with your followers, responding to this type of backlash is rarely a good idea. If you must, issue one apology or statement on your page and move on. Responding to hateful/incorrect comments will only serve to fuel the flames and make an issue worse.

Avoid tweeting to your other social channels

A recent Buffer survey found that tweets of links to a user or brand’s other social channels received the least engagement from followers. It may be tempting to cross post in this way, sending your fans to your Facebook or Instagram page, but remember that different platforms host different types of content for a reason. If you do feel that the message or image could fit on two platforms, post organically on each rather than linking back to a different hub.

There is a 280-character limit on tweets for a reason. Twitter is intended for short form posts, and your followers expect as such. If you must post a longer message, avoid creating a thread. Post an image of your statement instead, or link back to your website. Threads are rarely advisable, as they can be easily taken out of context and the later tweets in the thread are much less likely to have the engagement of the first. The shorter your message, the better.