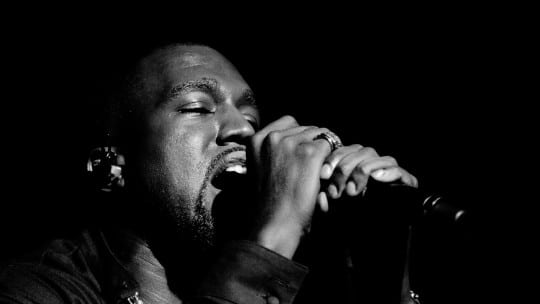 Three entertainers broke through last week's hard news cycle, pushing significant international developments (like the official end of the Korean War) further down our social media timelines. As for your brand messages, it's hard times indeed.

Through expertly timed, self-promotional publicity campaigns coinciding with their imminent upcoming releases, recording artists Janelle Monáe and Kanye West, along with rising comedian Michelle Wolf, hijacked the news cycle and instigated discussions that reverberate far beyond the release of their new works.

While each entertainer's approach provides a specific takeaway for PR professionals, they all share one thing in common—tying a product release into a larger, evergreen context infuses both the work, and the narrative surrounding it, with a values-based identity and ensures the work will remain in the conversation long after a few more news cycles complete.

After long rants and multiple shows cut short caused Kanye West to cancel the remaining dates of his Saint Pablo tour in November 2016, the infamously impulsive MC disappeared off social media for a while. A few weeks later, he emerged with blond hair for a photo op with Donald Trump at Trump Tower.

Two weeks ago, Kanye returned to Twitter with a vengeance, tweeting every couple of minutes throughout the day. Eventually, these new tweets again illuminated Kanye's affection for Donald Trump, whom Kanye called his "brother" and fervently defended, much to the dismay of his largely left-leaning fan base.

You don't have to agree with trump but the mob can't make me not love him. We are both dragon energy. He is my brother. I love everyone. I don't agree with everything anyone does. That's what makes us individuals. And we have the right to independent thought.

This tweet and the tweets that followed, including a photo of Kanye flaunting a signed a MAGA hat, launched a series of substantive conversations that fed both sides of America's staunchly divided political climate, bringing questions of race and what it means to truly be a free thinker to the fore. Kanye then shared private texts sent to him by fellow recording artist and good friend John Legend, transitioning from making a point about how so many of his colleagues want to control his thoughts into a more universal, slightly less paranoid message—"love everyone." Later last week, he also shared a photo of the doctor who performed plastic surgery on his mother the day before she passed away, claiming it would be his next album cover.

When it comes to oversharing in the interest of self-promotion, Kanye was not the first and will not be the last celebrity to follow this path. Influencers are often inclined to share the most intimate details of their lives for social engagement. In an age where engagement is everything, oversharing and transparency often become one and the same.

Kanye's contrarianism is a gold mine, though, as journalists and professors will analyze his words until his stated release of two new albums come June—one a collaboration with fellow MC Kid Cudi (whom he previously beefed with), and a new solo release.

Contrast Kanye's newfound MAGA affections with R&B futurist Janelle Monáe, whose interview with Rolling Stone went viral ahead of last Friday's release of her critically lauded new album, "Dirty Computer." While Kanye's rapid-fire bricolage of ideas offered so many angles that it quickly spiraled out of the artist's control, Monáe focused on starting a specific conversation.

In the most discussed part of Monáe's interview, she publicly comes out as pansexual and states that she has dated both men and women in the past. Pansexuality—a term used to describe those who are attracted to people on all points of the gender spectrum—is not commonly discussed in the mainstream. By inserting it into public discourse, Monáe not only started a dialogue about the difference between bisexuality and pansexuality, she created visibility for those who don't subscribe to the binary gender norms.

Unlike Kanye's impulsive approach, Monáe's coming out demonstrated a much firmer grasp of where the conversation was heading, and positioned her as a prominent voice for such conversations moving forward.

Last but not least, Michelle Wolf's April 28 comedy routine at the annual White House Correspondent's Dinner in Washington, D.C., was either a blasphemous, outrageously offensive disgrace, or a truth-to-power screed, depending on what you read. In just under 20 minutes, Wolf eviscerated White House press secretary Sarah Huckabee Sanders by calling her a liar to her face, criticized the establishment press for its complicit role in what she saw as the normalization of Trump's policies and generally challenged the unspoken cordial relationship between the press and the White House.

During Wolf's publicity junket the week prior that included interviews with GQ, the New York Times, The Hollywood Reporter, Rolling Stone and other outlets, the comedian seemed astutely aware of how her comedic criticisms would land. Wolf also took the opportunity to promote her upcoming Netflix series, "The Break With Michelle Wolf," which promises to deliver more of the same sweetly delivered, acerbic political satire through a combination of monologues and sketches.

It's no surprise that the number of Wolf's Twitter followers tripled over the past several days. As far as timely publicity stunts go, putting provocative words to things many are thinking but few are saying is succeeding in both politics and entertainment. For now, that tactic is not an option for brand communicators, who can only watch as their content drowns in a sea of outrage and affirmation.