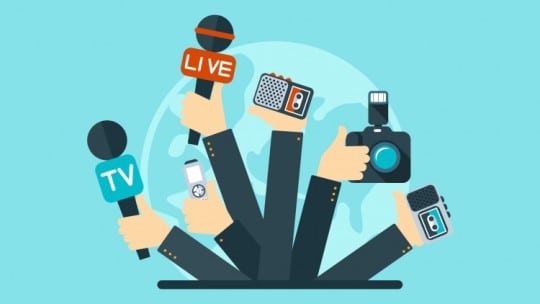 In a perfect world there would be a way to guarantee that a reporter picks up a good pitch from a PR pro. This set of rules, if followed, could show that whatever news is pitched will satisfy the needs of both the reporter and the communicator doing the pitching.

Unfortunately we don’t live in a perfect world. There is no secret recipe that will ensure good press—or even coverage. But executives still want their companies to be written about, so there has to be a way to improve your chances of getting picked up by the media.

Even though media relations—the bedrock of the discipline—is just one of the seemingly endless job functions of today’s communications professionals, there are still new and engaging ways get the kind of coverage that’s sure to make the C-suite salivate. In PR News’ Media Training Guidebook, Jackie Allder, director, public relations & communications, The Long & Foster Companies, offers these seven things to remember when pitching journalists.

Pick up a copy of the PR News Media Training Guidebook to hear the latest tactics and get exclusive insights into everything from pitching the media to training executives for interviews.

Sometimes internal news is really just an internal update. When this happens you have to set expectations for the higher-ups to make sure they know that it might not generate as much coverage as they’d like. But always reevaluate the news to see if there’s a better angle you can pitch.

Whenever you’re thinking about a media pitch, consider your audience. If you want a trade publication to pick up your news, you have the leeway to expand on the micro-details because their audience will understand the topic. In many cases it’s the complete opposite for consumer publications. Newspaper editors used to tell their journalists to write for an eighth-grade audience. You’ll want to do the same.

You can control your own message, but not the media

Sometimes people will want to make sure you can control what the media publishes—sometimes even wanting to see the information before it goes live. In these situations you have to educate clients and executives on the media’s responsibilities as an independent organization.

Media coverage can be slow during the holiday season and late into the summer months. This isn’t a bad thing for a company trying to make an announcement during these time periods. You’re facing less competition and the media are often hungry for a good story during these times.

Weeks-old information is not news

Timeliness is key when trying to generate publicity. Sometimes it helps to connect your story with another item in the news, but make sure not to take over news that isn’t yours.

Exclusives still exist and might increase your chances of coverage

If you have a big story to pitch and are willing to give an exclusive to a specific reporter, you might get a better story than you would when working with multiple outlets.

Sometimes it’s not ‘your’ news

Plenty of companies have been scorned in the media for trying to jump on the bandwagon of a story. Don’t be one of those, but still consider your opportunities for coverage. Think outside the box, but don’t try so hard that it feels forced; that’s when you can get into trouble.