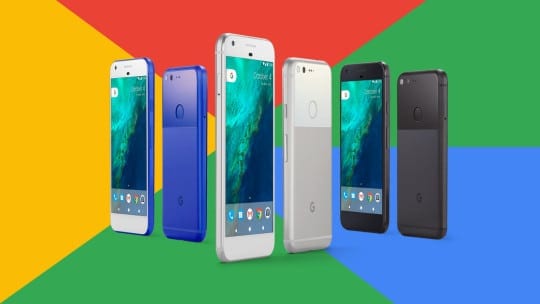 Google on Tuesday unveiled its new Pixel smartphone (and the slightly larger Pixel XL) at the #MadeByGoogle keynote. Capitalizing on the timing of the iPhone 7 announcement a month ago—and the controversy over its lack of a headphone jack—Google positioned its new offering as a favorable alternative for those who aren't willing to follow Apple's path.

Here are reasons communications pros are likely to be interested in the Pixel:

In perhaps the clearest case of one-upmanship over Apple, Google (along with independent researchers DxOMark) calls the Pixel's camera the highest-rated smartphone camera yet, with 12.3 megapixels, low noise in all lighting conditions, fast autofocus and HDR and good white balance. This promises to make it a versatile tool for the communicator working in visual social media and beyond, as the difference between smartphone and DSLR quality gets incrementally smaller.

Have no fear about whether you'll have room for all the high-quality shots you'll be taking. Google's mastery of the cloud is allowing it to grant unlimited space to Pixel users, for both photos and video. One of the tips we keep hearing from great visual communicators is to take as many shots and as much footage as possible (especially when shooting a specific event or making a trip to a special location) so that afterward you'll have as much material as possible from which to edit together your story in its ideal form. There was a time when storage-starved photogs might have replied "easy for you to say..." but those days appear to be at an end.

Lest you imagine you'd get lost in a forest of your own photos, Google's Assistant software is ready to help you find what you're looking for with a voice command like "show me pictures from last Christmas." Although Assistant is similar to Apple's Siri, early reviews are praising its ability to answer follow-up questions using context from the previous question you asked.

Does it feel like eating your vegetables to keep checking Twitter to see which hot conversations your brand might be able to jump on? One of the tweaks Pixel allows you to make to your smartphone experience is to display trending topics on your home screen. The quicker you're aware of what's happening, the quicker you can pivot and make something relevant.