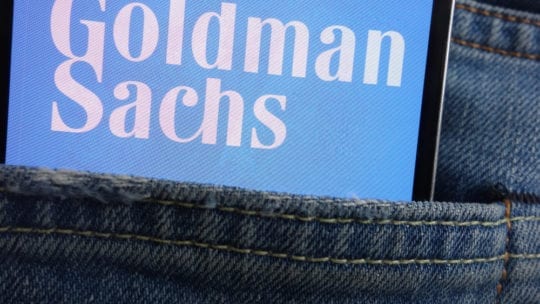 Announced via internal memo signed by Goldman executives, including chief executive David Solomon, this new "firm wide flexible dress code” was instituted due to “the changing nature of workplaces generally in favor of a more casual environment.” The memo also urged employees to dress in a manner consistent with their clients' expectations.

The policy change follows Goldman's loosening the dress code for its tech department in 2017. Since then, several other financial institutions, including JP Morgan, have followed suit (see what we did there?)

What do Goldman's executives mean by "the changing nature of workplaces?" The BBC's coverage of the announcement says, "More than 75% of Goldman employees are members of the Millennial or Gen Z generations - people born after 1981." One value that the two youngest generations in the workforce share is their belief in maintaining a comfortable workplace culture, something this new dress code is focused on addressing.

This is how to communicate to Millennials/Gen Z-ers

Considering the above statistic about Goldman's workforce, the companywide dress code change shines as an example for other brands: take the pulse of your employees' preferences, not just your clients, and modify your workplace culture accordingly. An agreeable workplace culture is likely to help employees produce their best results.

Goldman's new dress code rings with the same timely attitude adjustment as brands taking a stand around a trending societal issue or cause—it's imperative that brands ensure that values they express externally and values internal stakeholders share are consistent, both with the times and each other.

This consistency is far more than a question of optics or brand reputation—it can actually influence the bottom line.

Last October, FleishmanHillard shared insights that quantify the extent to which a cultural disconnect can negatively impact a brand's profits.

"66% of U.S. consumers and 80% of U.K. consumers say they have stopped using certain products or services because the company’s response to an issue does not support their personal views," the report reads.

It also notes that a brand saying nothing can be even more damaging. 61% of U.S. customers and 60% of U.K. customers believe a company must express its views, even if they run contrary to the individual's opinion.

Finally, Fleishman's report shows that an explanation around why a change has been made goes a long way toward keeping customers or clients onboard.  "43% of U.S. consumers and 38% of U.K. consumers said that if a company explains WHY they have taken a position on an issue, [consumers] are extremely or very likely to continue to support them – even if they disagree," the report says.