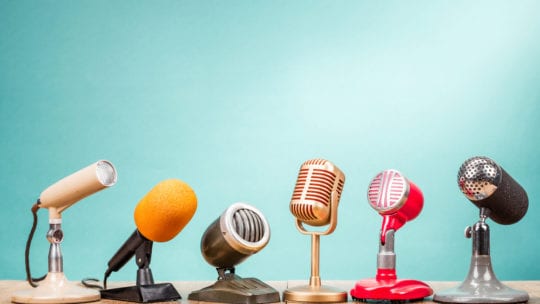 Recently, PRNEWS decided to revive the series "Ask a Reporter." With logistical changes in the workforce, as well as a news cycle that won't quit, PR and media need to work more harmoniously than ever to get the public information it needs. In each Ask a Reporter, we will interview a fellow journalist, finding out what works best when it comes to media relations.

For this edition, we caught up with Andrew Galarneau, food editor at The Buffalo News. Galarneau, who held investigative and features reporting jobs with the News since 1997, took over as a restaurant reviewer for the renowned Janice Okun, in 2012. Okun also served several years as president of the Association of Food Journalists. Galarneau enthusiastically claims he has “the best job in Buffalo,” and with National Geographic naming the Queen City the third-best food city in the world, he might be right.

PRNEWS: How has COVID changed your job?

Andrew Galarneau: I’m in an empty, football-field size newsroom— with a clear span, wall to wall—they may have even turned off the police scanner. There’s nobody here. Everyone’s working from home. The [printing] press people are coming in...cleaning people...mail...but the editorial and advertising part of the building is deserted.

It’s not breaking news that the newspaper business is not doing so hot, but there’s an increased thirst for good, local journalism. I have more hope now than I’ve had in a long time. I’m spending more time just talking to people and asking what are you [as a reader] looking for from an information standpoint? Readers want someone who will give them the straight details on the best place to find prime rib in Buffalo—people will pay for that.

PRNEWS: What is the best way for PR practitioners to approach you?

Galarneau: I will read your emails all day long, because I will find a speck of gold panning that river on occasion. Right now, I’m open to reading emails about weirder, more far-off things than I have in the last 10 years. There are no rules anymore. What I’m hearing editorially...we are open to thinking in new ways.

If you are a PR pro, and trying to get to people like me, your best friend is a well-written email. Give me an idea in the subject line...what might be interesting or different, or a new way to look at an old thing...within the first two sentences. I want to know what you're pitching, I don’t want to have to figure it out.

PRNEWS: How is working with food PR different from investigative reporting?

Galarneau: One-hundred-eighty degrees opposite from working with food. When you are an investigative reporter, people are not happy to hear from you. With the food biz—restaurants, growers, cooks, craftspeople—it’s quite the opposite. 99.8 percent of people are delighted to get a call. It means they are going to get exposure that they probably otherwise couldn’t afford to pay for.

Galarneau: I get 1,000 emails a day, and I have a block list I’ve worked on for 5 years. I’ve been reinforcing it. I put 4 or 5 emails a day on the list, because someone has just spammed me, (by pitching something completely unrelated, like Brazilian bitcoin futures).

Galarneau: I got a really good email the other day… it said, 'If you are interested in the ways people are driving food...food couriers...here’s somebody who lives in your area that has agreed to talk to you about what they are doing.' That localized a national issue. Someone took enough of a look at what I do to know I’m not going to respond to an email about a new sushi place in Los Angeles.

PRNEWS: How can PR pros improve on their pitches/media relations?

Galarneau: Pitch me with a local angle. Look at my byline to get a sense of what I do...if you talk to me about Pittsburgh—go away. I am very interested in getting ideas from PR people–[but it's] rare when I can use them [since I write Buffalo-based stories only].

PRNEWS: What is the best example of a good interaction you have had with a PR practitioner?

Galarneau: Cornell University’s College of Agriculture hit me with a subject line and press release about a program it launched to help food entrepreneurs learn how to become food purveyors, so they can sell their products in grocery stores [and to the public].

I called them, and said, 'Who do you have for me that I could speak to about this program in Buffalo?'

They gave me 3 people right away. Done.

Galarneau: I would probably put the screws in a little harder to my clients about giving me something worth selling. If you want to pay me to push Joe Schmo as an expert on something, prove it. Give me something expert that he’s done. I would be always agitating for more ammo.

And then, I think I would maybe add this phrasing in my emails…'If this is anywhere vaguely near what you’d be interested in, let’s talk for 90 seconds to see if we can move parameters that work for both of us. Just throwing it out there. Look, this might not be what you want, but if it's anything in the area, let’s talk.'

Nicole Schuman is a reporter for PRNEWS, and a Buffalo expat. Follow her @buffalogal