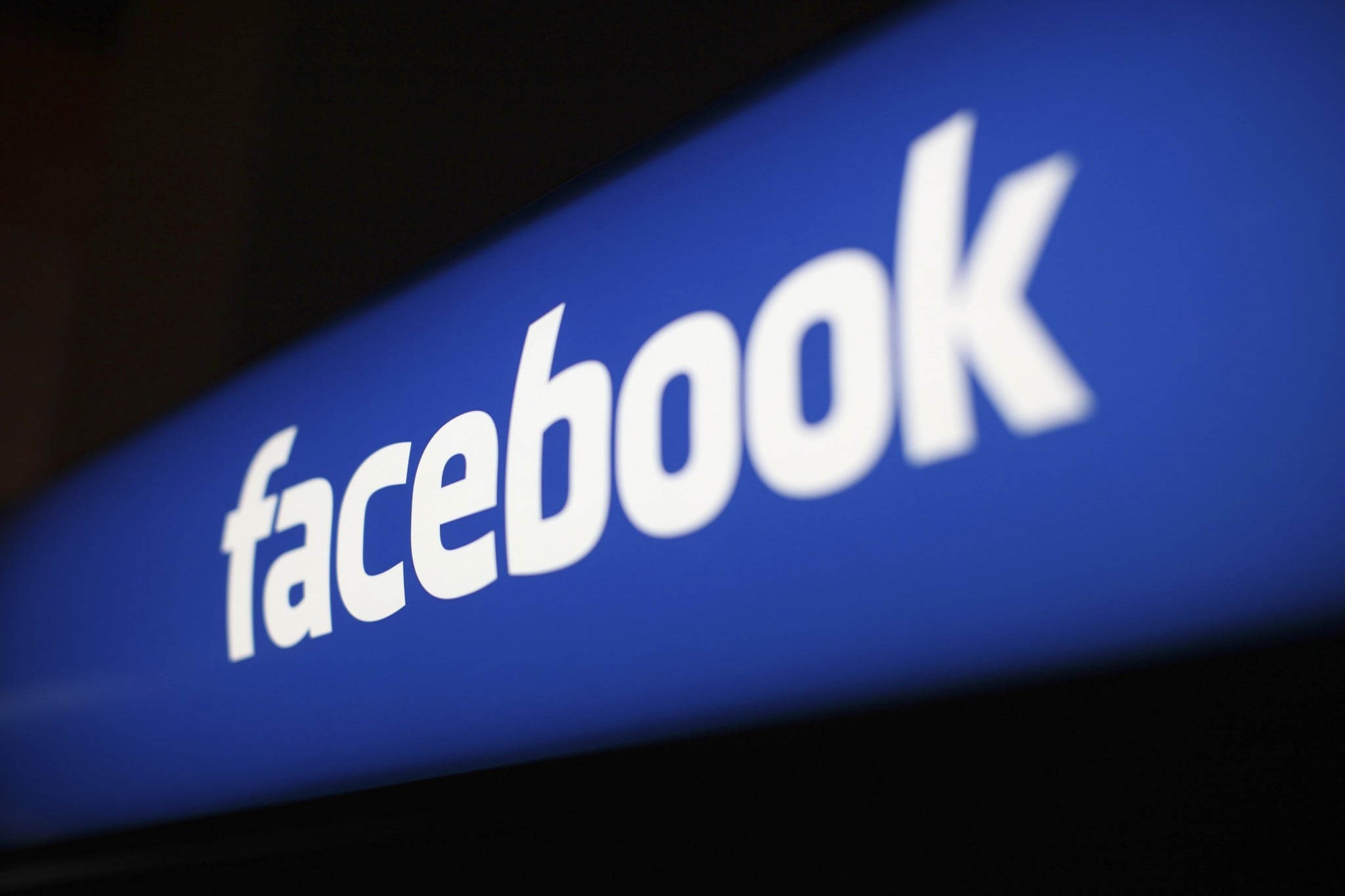 [Editor's Note: When PRNEWS spoke in late January with Dexter Hunter-Torricke, chief communicator for the Facebook Oversight Board, the 20-person group had just issued its first rulings. Its ruling today (May 5) to sustain Facebook’s ouster of former president Donald Trump obviously will be its most publicized move, at least for now. In a wide-ranging interview, the London-based Hunter-Torricke discussed what the board is, how it works and the methods he uses to communicate its rulings.]

Dexter Hunter-Torricke, who heads communications for Facebook's Oversight Board, tells us there’s no “easy one-liner” to describe the board, which issued its first decisions on content-moderation cases last week. That’s why, he says, so many people have resorted to analogies to describe it. The Supreme Court is a popular one, since the oversight board can issue binding decisions on the social platform. Kara Swisher likened the 20-person board, with its international membership, to the United Nations.

In fact, one of Hunter-Torricke's biggest challenges is getting people to understand “what this thing is,” he tells us from London.

“That’s what happens when you build a completely new institution,” he says referring to the oversight board. “There is nothing to describe a global social network with billions of users, with millions of content-moderation problems every day, empowering an independent group of 20 people to take a fresh and critical look at the decisions [Facebook] makes and to overrule [Facebook] on those decisions and to force their policy processes to operate in a more transparent way.”

Yes, that’s a mouthful, but it’s how Hunter-Torricke speaks. To describe him as erudite isn’t close to adequate as several videos and a recent Signal AI Leadership Summit confirm. On the other hand, he's engaging and has a sense of humor.

But, back to the Supreme Court. Does he like that analogy? “I’m not in love with it…it’s trying to put a square peg in a round hole.” That’s one of the only clichés we hear during a 25-minute interview.

The board, he says, "is a very new and different kind of institution…it does have some of the functions and…expertise…of a legal body...but we are a very different thing” than the Supreme Court. The board picks cases not to prove a legal or regulatory point. And communication goals don't drive case choices either. He has no say in case selection. Instead, it's a member-driven process "looking at the landscape of human rights and freedom of expression and deciding what are the most valuable things we can pick up in our limited time."

Oh, yes, limited time. Members already have 150,000 content decisions to choose from; the pile likely will grow larger after one particular case receives a ruling.

Another thing is that “the  Supreme Court is so politicized…you can barely have a conversation about [it]… without mentioning the partisan rhetoric and prism of how decisions are made. The oversight board is not trying to replicate that…we don’t want that and we built a structure not to replicate that.”

The board, for now, has 20 members. Eventually it will have 40. A group of trustees handles the board's finances and oversees it and an administrative arm, whose staffers are “the clerks,” if you use the court analogy. Facebook and the trustees picked the initial 20 members. Yet, once membership reaches 40 people, Facebook will no longer have a role in picking members. Existing members will choose new entrants. Moreover, the trustees insure the board’s “independence” from Facebook, he says.

For example, since the trustees oversee and pay the members and the administrative arm, which Hunter-Torricke is part of, Facebook can’t punish a board member for a decision, such as removing the person from the board or cutting his/her salary.

“The board is really structured in a way to keep Facebook at arm’s length as much as possible and entirely on case decisions,” he says. None of the members “has any interest in defending Facebook or supporting their interests. And lots of them have been very critical about Facebook, which I think is a great sign of the independence of the board as well.”

We ask why the board exists. “It was not created to solve all the problems of Facebook,” he says. Obviously, there are a lot of people who are very angry at Facebook, including an erstwhile world leader whose account Facebook chief Mark Zuckerberg revoked recently. Incidentally, the fate of former president Trump's Facebook account is in the board's hands.

Hunter-Torricke welcomes debate over Facebook. "I think a lot of very critical discussions about Facebook and what it's doing is important and valuable,” he adds. “The board, though, exists to do something slightly different, which is to make decisions that Facebook has to comply with and come up with policy recommendations that Facebook has to consider and has to report back to us on.”

And his job? “I handle external and internal communication, including announcing case decisions.” Longer term, he is looking at the positioning of the board and how it tells its story, “you know, comprehensively, with a lot of different audiences.” This is where public engagement enters the discussion.

So, he’s working on engaging with people from policymaking circles, academia, civil society and international organizations to help grow understanding of the board. Yet he believes strongly that one of the things Facebook “has struggled with over the years is having a broad conversation. We can’t just be talking with people who agree with us. And we can’t just be having conversations with the folks in Silicon Valley.” There’s a need to engage with people from many walks of life, he says. “I think that will make the debates and the decisions the board makes much healthier.”

Later he argues that “the most important constituency of all communications is the public. It is not just talking to a narrow range of elites.” In fact, big tech hasn’t done this well, he says. “One of the big problems Silicon Valley has faced is having too many…conversations behind closed doors and not looking to build trust with publics along the way.” As a result, “I’m really, really keen to expand the number of folks we’re talking to as much as possible.”

We suggest, politely, the blog post last week explaining the board's decisions on its first 5 cases wasn’t a thriller. The longer decision document, about 10 pages per case, won't be mistaken for Stephen King.  Will people other than policy wonks and extremely irate social media observers bother to read it?

He admits “in the initial set-up of the board and in these early moments, because we are explaining this new institution and it’s a novel idea…[our communication] can be a little bit in the weeds, but I think it’s important to be very explanatory, to be slightly more long-winded."

Moving forward, though, he says it's critical to liven up the proceedings (no pun intended). "We need to expand into a lot of more accessible forms of content, so shorter form, video, and, of course, social media. For an organization designed to make decisions about content on social media, we have to play in that pool.”

In addition, Hunter-Torricke and his team are doing a lot of international media. “It’s very important to us not just to talk to the big beasts in Silicon Valley or New York or Washington.” And once the pandemic subsides, the board wants “to do events” and engage in partnerships, “so we can have lots of different conversations with lots of different communities. That’s the key.”

What lessons from his tenure (since April 2020) can PRNEWS readers absorb? “That there is a space for new solutions. The oversight board is a very new idea. At first glance, it sounds like an improbable and very wonk-ish idea.”

Often, he says, brand communicators, “because [they] are facing such term-incentives and incentive structures, are looking for quick fixes.  And this is one of those situations where there isn’t a quick fix.”

Actually, he feels part of the reason Facebook is in the situation it’s in, and content moderation is in "such a messy condition," is because there have been too many quick fixes.

Perhaps the biggest lesson he’s learned is that being explanatory about complex ideas is a good thing. “I think often organizations don’t necessarily give credit to the public. They assume everything has to be completely simplified to the point where there’s no longer nuance.”

He admits that plays well, in part, because of social media algorithms. “You have to be so short-form. All you get is one line to have your say and make your case. And people will look away within four seconds if you don’t make that case.”

Yet, there are some things “if you do take the time to explain and go deeper, they are more likely to build a true bond with people and a relationship. And they will be the more valuable relationships.”

One more question related to the US Supreme Court, which, since COVID-19, is livestreaming its oral arguments. Any chance the oversight board will do the same? Yes, it's possible that greater transparency will reach some of the committee sessions, he says. Cases are discussed in small committees; the full board votes on the committees' decisions. In the board's first five cases, four were unanimous, and all but one overturned Facebook's previous decisions to remove posts.

In one year from now, what will success look like? "That people see the board’s decisions as principle...as decisions that were made through a structured and thoughtful process…not improvised or designed to win a PR news cycle."

And that people begin to identify the patterns the board is building. With 150,000+ user appeals in the can, "it’s important we are picking genuinely the hardest cases with the most significant long-term implications for how Facebook approaches content. And that we begin to shape the policies Facebook is using to look at that content over the long term."

His hope is that the pattern of case decisions will signal how "the board thinks an overall healthier ecosystem and process for Facebook should function."