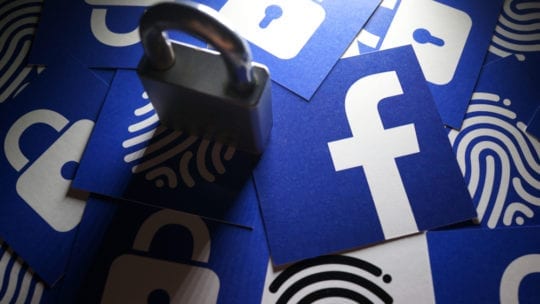 It's not a secret that Facebook and its leaders saw more than their fair share of the spotlight in 2018. From countless reports of data and privacy abuse, hostile foreign powers manipulating the U.S. electoral process that flagged huge trust issues with end-users to unwittingly promoting genocide in Myanmar, last year was one that the platform would rather forget. But this week, ahead of its 4th quarter earnings call when the markets close on Wednesday, January 30, Facebook seems to be making more new strides. Communicators will do well to keep abreast of these announcements, as they signal a greater push toward repairing user trust on the platform. The moves could influence future ad spends.

Trust In The Money

When Facebook announces its 4th quarter earnings, analysts expect the platform to crack $6 billion in net income for the first time, adding more than $2 billion from last holiday season. That likely will be celebrated in Menlo Park.

Analysts will be listening to the earnings call for several key indicators, including user growth. "The parade of bad headlines surrounding Facebook made it tricky to tell what investors were really looking for, and this year will reveal whether user growth is still as central to Facebook's story as it once was," writes The Street. "Wednesday's earnings report, and commentary from Facebook around the numbers, could help bring some clarity."

Instagram Stories is also expected to be a big focus as investors want to know where the greatest growth in revenue is on the platform. "Over the past year, advertisers leveraging Stories have increased budgets dedicated to the format at 124%," wrote Nanigans, one of Facebook's primary marketing partners, in a report shared by Deutsche Bank. Cost per impressions for Stories grew 112%, while cost per click grew 39%. Click-through rates on Stories ads have increased 52% year-over-year, while return on ad spend has also increased, according to the report.

Last, pay attention for a formal announcement of the rumored merging of changes to Messenger, further signaling a move away from the News Feed. "Watch, Messenger and Facebook Search will be revenue drivers in 2019," predicts James Nickerson, lead digital marketing instructor at General Assembly in San Francisco. "Notice none of them have to do with the traditional newsfeed."

One Messenger to Rule Them All

Let's take a closer look at that rumor that Facebook will soon merge the backend of Messenger, Instagram and What'sApp products—a move that would put 2.6 billion chatters on one backbone. The New York Times reported on Friday that these plans come directly from CEO Mark Zuckerberg. The article cites four anonymous sources. As reported, the plan is to keep the three intact as standalone apps, but stitch their technical infrastructure together so that users of each app can talk to each other more easily.

What's more, the fact that What'sApp uses end-to-end encryption means the security feature could migrate over to the other apps, as well. If this is the case, the merger could potentially help restore trust in Facebook among its end users.

"If this plan goes forward, the jury is still out if this is good or bad for end users," says Nickerson. "End-to-end encryption for all is great PR, but will Facebook take this opportunity to monetize user data across the three platforms and sell that to advertisers?" He adds that the effort could potentially help Facebook fend off anti-trust or other governmental regulation, as end-to-end encryption would make it easier for users to leave traditional "Facebook" while maintaining all the contacts amassed while on the platform.

When it comes to repairing trust among end-users, though, there's no better idea coming from Facebook than its first  proposal for an independent review board to review content published on the platform. In a post to Facebook's newsroom earlier this week, VP of global affairs and communications Nick Clegg introduced a draft charter for the proposed oversight board. In the proposal, the board would be comprised of up to 40 global experts, none of whom work for the brand in an official capacity.

Still, communicators should play close attention to how this proposed board actually plays out. While having an external candidate review a brand's biases worked well for Starbucks after the wrongful arrest of two black men at a Philly store last summer, this proposed review board will only be as effective as its results in rooting out bad actors and weaponized content on the platform. Without insights on ad spends and micro-targeting that Facebook collects from paid social clients, how much progress can an independent review board actually make?

"Who will sit on the board and how will they be chosen?" adds Nickerson. "Picking an independent board that accurately reflects the diversity of the more than 2 billion people who are on Facebook seems like a nearly impossible feat."