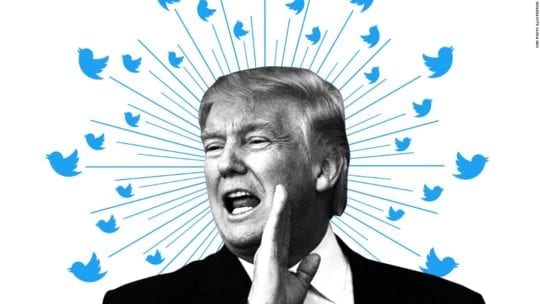 It’s a constant struggle for PR pros: Do you react or not to something in the news or on social? If you react, how quickly and what should you say? Where should you respond? These questions become a bit easier when other elements are present. One, is that companies tend to respond and do so quicker when the President of the United States is involved. Second, companies and brands react faster when someone is spreading misinformation.

An aside: When bad information is spreading, some crisis specialists, such as Terry Hemeyer, executive counsel to Pierpont Communications and a longtime PR professor at University of Texas and Rice University, recommend forming Truth Squads. Truth squad members monitor public statements and media for misinformation and disinformation. They respond quickly, urging media to issue corrections.

Both elements–presidential participation and misinformation–came into play for ExxonMobil. During a rally in Prescott, AZ, Monday (Oct. 19), the president mentioned that he could raise more money than his rival, former VP Joe Biden. The president said he could be "the greatest fundraiser in history." This, he said, would entail chatting with oil and Wall Street titans, including Darren Woods, the CEO of Exxon.

Noting his alleged superior skills as a fundraiser, the president said, “Don’t forget, I’m not bad at that stuff anyway, and I’m president. So, I call some guy, the head of Exxon," according to reports from Reuters and The Washington Post.

The conversation, the president said, would go like this.

The president: “How are you doing? How’s energy coming? When are you doing the exploration? Oh, you need a couple of permits? You know, I’d love (for you) to send me $25 million for the campaign.”

Exxon CEO: “‘Absolutely sir, why didn't you ask? Would you like some more?’”

Such calls, the president opined, could be “home runs…I would raise a billion dollars in one day if I wanted to.” He then added, “I don’t want to do that. Because if I do that, I'm totally compromised.”

It's a good thing he knows that. The hypothetical call sounds dangerously like the president is trading exploration permits for campaign cash. That's illegal under federal law.

Trump didn’t say he shook down the head of Exxon for campaign cash. He was was saying he COULD do that but would potentially get in trouble if he did, as a way of explaining why, if he wanted, he would be doing better against Biden in the campaign fundraising race. Still weird!

As these things do, the story sowed confusion. Though the president didn't say he filched ExxonMobil's CEO, it sounded like he might have. Certainly, it wasn't the first time the president said things that weren't true. He's said 38 times the coronavirus will disappear, according to CNN.

Still, social media was in a tither.  For example, a tweet [see below] from Vox's Aaron Rupar (@atrupar) made it seem that the president had a fundraising chat with ExxonMobil's CEO. Social darling Rep. Alexandria Ocasio-Cortez (AOC) jumped into the story based on Rupar's first tweet.

"So ExxonMobil & friends, care to tell us the end of this story?" AOC posted last night in response to Rupar's first tweet. She wanted to know where the $25 million went.

Deleted this because the quote reads too much like something Trump actually said to Exxon when he was talking about a hypothetical. I thought the “I’ll use a company” line nodded to that context, but it’s apparent folks are interpreting in a more literal way. That’s on me. pic.twitter.com/75AVU5veQW

At this point, around 5-6pm ET, there was enough confusion about the non-conversation for ExxonMobil to act. Alert communicators monitoring the social conversation decided to scotch the story. In an unusually frank post for a corporation, the oil giant left nothing to the imagination. ExxonMobil posted: “We are aware of the President’s statement regarding a hypothetical call with our CEO…and just so we’re all clear, it never happened.

We are aware of the President’s statement regarding a hypothetical call with our CEO…and just so we’re all clear, it never happened.

It is understandable why the president defended his fundraising prowess. He is trailing Biden in fundraising and, more importantly, some polls. His re-election campaign raised $248 million in September, about $135 million less than Biden brought in that month, CNBC reported.