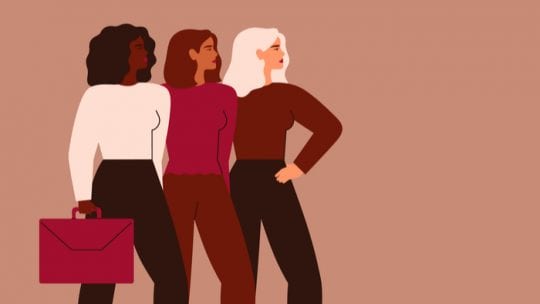 Today (March 15) marks the first of several Equal Pay Days in the U.S. this year. Equal Pay Day represents how far into the year women must work to earn what men earned in the previous year.

Because of discrepancies in the gender pay gap among racial demographics, as well as the inclusion of part-time and gig work, the nonprofit gender advocacy organization, Equal Rights Advocates (founders of Equal Pay Day), also set up more Equal Pay Days.

And today the White House announced steps the federal government is taking to ban the use of prior salary history in the hiring and application process, which can undercut potential pay for many job seekers.

While some companies may cringe at salary transparency, others can use it as an opportunity to promote equal pay clarity. As communicators know, transparency may resonate with audiences, showcasing a culture of trust, where real conversations about pay can happen.

In addition, such pay transparency provides a pivotal moment in one of the most action-packed job markets in modern history. It also allows for a more efficient hiring process.

“Job seekers are yearning for salary transparency in job descriptions,” says Amy Bergeron, SVP, employee communications at Cheer Partners. “Whether it’s an internal move or a new hire, salary transparency provides companies with an opportunity to attract and retain the best talent and provides clarity and alignment, before a candidate is too far down the line.”

“Transparency builds goodwill internally and externally,” she says. “It makes a company look progressive and helps to showcase workplace culture, letting everyone know that they value all of their employees and contributions.”

The Role of PR in Equal Pay

And it’s no secret that women make up a majority of the PR workforce. Women comprise 63.6 percent of PR specialists and 71.4 percent of PR/fundraising managers, according to the Bureau of Labor Statistics (2019). The Gender Pay Gap is a real issue, particularly with only 30 percent of leadership positions going to women.

Bergeron says communicators can work with their companies and HR departments to encourage greater pay transparency.

“Sharing the importance of pay equity and its overarching benefits, showing efficiencies and benefits to time management, etc. will all help to move the needle,” she says. “There needs to be a culture shift from frowning upon sharing salary information to having a culture that praises openness and encourages teams to advocate for performance and skills-based pay.”

“I think there will be a trend of agencies explaining and promoting what they are doing to address the pay parity,” she says. "It will be interesting to see how agencies differentiate this offering to make themselves stand out to current and future talent. People want to see action and accountability and will look to see what specifically is changing.”