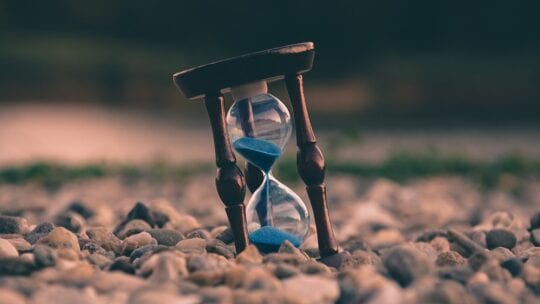 In the pre-pandemic days, how many times did you come home after a long day as a PR pro and you couldn’t wait to tell your spouse or significant other about an embargo you put on a story? What, that never happened? OK, well, aren't embargoes the topic du jour at your dinner table most nights? Really? OK, admit it, your heart skipped a beat when you saw the word embargo in the headline of this story. No? Surely you jest?

Seriously, embargoes aren’t often the life of the PR party. On the other hand, they serve more than one purpose. Moreover, they can be done well or poorly, interviews with communicators indicate. Below, is an unscientific and certainly not comprehensive list of embargo tips.

1. 'You're nothing without an embargo...or an education'

One part of the PR pro’s job is educating executives about proper communication protocol. If you’ve decided to issue an embargoed story, make sure the C-suite is aligned with your strategy. In addition, let senior executives know of your intentions early, said Hinda Mitchell, president, Inspire PR Group. In advance, explain how an embargo works and do so in detail, she added.

“When [C-suite executives] hear about an embargo in the final hours of a big announcement, they often get nervous,” she said. “Help them understand that it is a recognized PR practice, and the reporters have been vetted and can be trusted with the information.”

2. ‘Embargo with your head, not over it’

With apologies to Furio Giunta, the pony-tailed terror whose “Bet-a wit you head, no over it” is considered one of the top 10 classic sports moments from “The Sopranos,” this handy aphorism applies to embargoes too. Like betting, embargo judiciously.

3. 'Don’t offer embargoes to a stranger'

The communicators we spoke with agreed on two things:

A.­ Pitch embargoed stories only to content creators you know fairly well. This prevents one of the pitfalls associated with embargoes—reporters sometimes don’t honor them. “Knowing and working with the reporter for a while tends to circumvent that,” said Jamie Ernst, SVP, Brodeur Partners.

Veteran communicator Arthur Solomon agreed. "Just because you distribute a press release with the words Embargoed Until atop it doesn’t mean reporters will honor it." Admittedly, most will, though. Solomon advises making it clear to journalists that they agree to honor the embargo.

B. Despite all the above, PR pros should feel safe to embargo anywhere, even with family and small children nearby, Solomon told us. However, this is not always the case with betting, he noted.

Disregard the subhead above. It was used for the purposes of levity only. While, as we saw above, you can embargo anywhere, there is a specific time to use an embargo.

Use an embargo when you have an important story that you think reporters will need some time to write, Ernst said. In addition, make sure you have executives who can offer one-on-ones to reporters, or “unique data” to bolster the story.

Said Mitchell, "If it’s a trusted media partner, give them as much information as you can in advance. The story generally will be better and more accurate with time to develop."

Another tip: Make sure you have several angles to offer reporters on the story.

In addition, as part of your education of executives (see #1 above), make certain the C-suite understands that while there’s a lid for every pot, there’s not an embargo for every story.

Indeed, a great way to get your embargoed pitch ignored is for it to be a middling story. Examples include embargoing a low-level personnel appointment or a minor addition to the company’s portfolio. While the new color scheme of your fleet of trucks might be very important to your staff, and it could make a good story, it’s probably not worthy of an embargo.

As Mitchell said, “Don’t be dramatic" and slap an embargo on a "less-than-significant announcement.”

5. 'Embargoes, they're not just for breakfast anymore'

As we saw in #3 above, PR pros should share embargoes only with those content creators they know. On the other hand, Ernst told us that she and her team at Brodeur Partners employ embargoes to help build relationships with reporters.

"You're supplying meaningful content and unique data" to a journalist, she said, which enhances relationship building. She's found that when you treat reporters well on an embargoed story, often they come back, asking for the next good story.

If you are new PR pro preparing for your first embargo and a senior executive has you researching tariffs, dumping and sanctions, groan and then smile. You’ve been had.