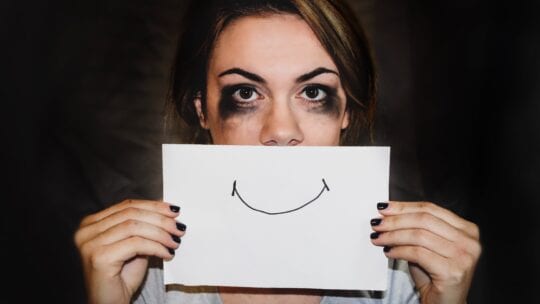 As results remain unclear post-Election Night, many PR pros (and indeed, workers across every industry) woke up this morning asking the simple question: What now?

The airwaves could not be more turbulent. Twitter sentiments range widely from outrage to exuberance across the political spectrum. Social media is shutout for any brand account not responding to victory claims by the Trump campaign, excoriating political analysts or offering aid to those afflicted with election stress. The mainstream media, true to its routine four-year cycle, isn’t touching any non-election related stories. It may stay this way for a while.

As communicators review their to-do lists today, there is little question as to whether some tasks might need to be temporarily sidelined. Take pitching, the bread-and-butter of media relations professionals: Does it make sense for any PR pro to be sending out releases today?

For the time being, Laura Alix, reporter for American Banker, doesn’t foresee opening many non-election press releases in her inbox. “If you have a source that can legitimately speak to what's going on with the election, and if you aren't just mass-emailing everybody in your contacts, then it's OK to pitch,” she says. But she urges PR pros to be selective: Now, more than ever, prioritize working relationships you already have with journalists over cold-pitching. “It's also not a great time to follow up on anything non-election related, but if you must: email, don't call,” Alix adds.

Kaylin Trychon, vice president at ROKK Solutions, agrees that if a pitch does not serve the media’s goal to “provide the public with factual updates regarding the 2020 presidential election…then it is probably worth holding.” On the agency side, Trychon says, “this is a time for your team to show its strategic value to clients by managing their expectations and advising them appropriately.”

Many communicators may simply be too stressed out or exhausted from late night watching (and/or self-medicating) to attempt business-as-usual. Indeed, in early October the American Psychological Association (APA) found more than two-thirds of U.S. adults saying the election is a major source of stress, up 12 percentage points from the 2016 election. Stress levels for Black Americans in particular rose steeply, from 46 percent reporting election stress in 2016 to 71 percent in 2020. In its release, the APA advised those experiencing stress from a contentious political climate to avoid dwelling on uncontrollable outcomes, limit media consumption (a challenge for PR pros) and stay physically active.

Trychon reminds communicators that this week is likely even more stressful for journalists than for other professionals. “The best thing PR pros can do right now is be there for their colleagues and for the media. Our media partners are under immense pressure, it is important that we check-in on them and offer support,” she argues.

This may be one of those rare moments when PR pros can take a step back, measure, and reflect as opposed to forging forward with new material. For Justin Buchbinder, social media director at Finn Partners, compartmentalization is the ultimate balm. “I am looking forward to going heads-down into Facebook Business Manager and LinkedIn Campaign Manager like an ostrich jamming its head into the sand for the next few days,” he quips. While Buchbinder focuses on internal social media channel analysis for now, he’ll let others scan the external airwaves for him: “I'll peek back out when everyone tells me it's safe to do so.”

Speaking of external communications, Hinda Mitchell, president and founder of Inspire Group, says “social media must be cautiously managed, as the discontent and unknowns continue to result in digital drama. This is not a time for business as usual in content sharing — the right tone is critical, and being aware of how current online conversations are playing out will help communicators and clients avoid the land mines,” she cautions.

Gene Grabowski, partner at kglobal, also suggests communications professionals put a hold on some action items. “For many PR pros uninvolved in electoral politics, now is a good time to take a short vacation or to focus on administrative duties,” he says. Grabowski agrees that the election-focused news media is a no-go for PR pros operating outside the political realm, arguing that “pitching stories about positive corporate endeavors or new products will have to be put on hold for a few days.”

However, PR pros can still be proactive on other fronts, Grabowski says, in areas such as “developing op-eds for the general media, tying up loose ends for the final quarter of 2020 and planning for next year's campaigns.” And, while the election cycle limits prospects for mainstream coverage, Grabowski says the timing is ripe to approach trade journalists, “who must still create stories for their respective vertical industries regardless of what's happening on the political scene.”

While trainings and supportive gestures are helpful, Grabowski advises communicators to resist the urge to discuss the election with colleagues and risk driving discord in an already tense moment. Simultaneously, Mitchell says empathy and emotional support are paramount.

“The most important thing is to recognize where everyone is today, mentally, emotionally and physically,” she says. “At best, teams will be tired from staying up to watch the election returns. But it is much more — the drain of the past few months, the disappointment of not having the ‘answer’ yet and the distraction of what may be ahead.”

Mitchell advises communications leaders to “be pragmatic” about their teams’ capacity and unavoidable distractions, which may merit an official internal statement. For instance, Mitchell shared a message with her team on Election Day reminding colleagues of her firm’s core values, reinforcing “our role as communicators in giving voice to these issues and  shaping the narrative in a positive way.” Her team even organized a post-Election Day distanced outdoor gathering to allow colleagues to commiserate and calibrate.

In short, take a step back, try to use this time productively, and ask and offer support where you can. It looks to be a rocky road ahead for communicators—and for everyone else.