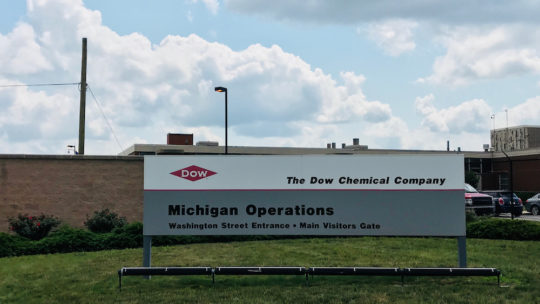 Given that chemicals, including pesticides and Styrofoam are produced there, the weather-related crisis could erupt into an environmental catastrophe.

At this early stage, Dow’s communications team is responding “intelligently and appropriately” to the flooding, says Gene Grabowski, partner at D.C. firm kglobal.

Grabowski says the company is drawing on recent experience. For example, he notes Dow’s agreement last year to pay for chemical contamination in the region, not to mention pending lawsuits over environmental issues.

It is "wise [of Dow] to allow state and local authorities to play the leading role in the developing news story,” Grabowski says.

The company’s crisis communications team appears to be kicking into high gear, with statements posted to Facebook and offered to the media. As of this writing, the company’s latest post has been re-shared on Facebook 68 times. This allows the crisis team to provide the narrative on social before too many others take up the story.

All You Can Control

Grabowski points out that Dow’s media visibility and social media response have remained focused on what the company can control. What caused the flooding or its impact on the surrounding community are off the table for now.

“If Dow were to appear to take on responsibility beyond protecting its employees and their families, it would only bring more attention to the company’s environmental record,” Grabowski adds.

The COVID-19 pandemic has posed extraordinary challenges for manufacturing companies and retailers, leaving executives and workers stressed and exhausted. (One poster on Facebook is calling for hazard pay for onsite Dow workers. However, this is an issue Dow should monitor given “hero pay” is trending).

In addition, Grabowski warns that a catastrophe, like the Midland flood, a product recall, or an employee walkout can send companies with limited resources into bankruptcy. The largest companies, which have access to more credit, legal support, political connections and workforce options, can more easily withstand the added stress, though.

Companies that prevail through compounded crises have several aspects in common, he says: