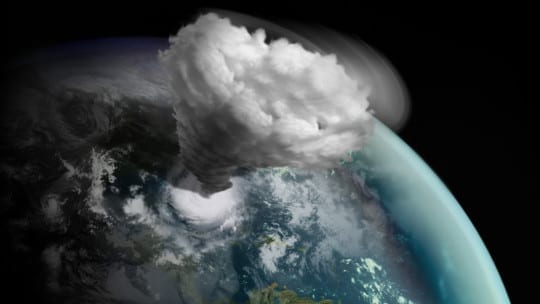 September is National Preparedness Month, when the federal government offers resources for people to prepare in the event of an imminent natural disaster.

Early on, Nelson mentioned the importance in drawing a distinction between a "crisis" and a "disaster"—in this case, the former more often refers to a corporate crisis that may arise out of a disaster, while the latter refers to a disaster itself. "When you’re dealing with a single, branded situation it’s a different thing than when you’ve got an area that’s affected and everyone inside it is part of that story,” he said.

Nelson also explained that a brand's response to either a crisis, disaster or both should not just be well practiced, but executed with three priorities top of mind. "As long as you do those right, you can probably make it through without too much baggage attached to your brand," he said.

The first priority should always be people—"whether your people or people that need help, save them first," said Nelson. The second priority should be business recovery, "as quickly as is reasonable, as quickly as is possible. That will save you in the long term." The third priority is community recovery. "To the extent that you can use your corporate resources to respond to the community’s needs," he said, "it becomes very, very helpful."

Nelson added that it's the clients "who either go into the disaster with the notion to help and get coverage for it and do it badly, and end up a punchline on social media, or the clients who make big mistakes while doing disaster recovery in the region, then become the story instead of being another company that was involved in the story.”

That said, just as there are patterns to a natural disaster, there are patterns to a well-executed response. “You want your messaging and your tone to mirror what phase and cycle you’re at," said de Vullpillieres of The Red Cross. He weighed in along with the rest of the panel on what those responses look like from varying positions, be it in the communications center or on the ground. Here are a few of their tips:

"In advance of a disaster, if you have advance warning, you’re in the preparedness phase," de Vullpillieres said. "Your absolute priority is ensuring that the general public is empowered with the tools, often by amplifying the messages of our government partners, also by communicating how the Red Cross is preparing and making sure you’re setting expectation. You want to make sure your tone matches that."

Allison Pennisi, who leads communications for the NY City Emergency Management Agency, emphasized tone and language in messaging. “I like to say the tone is authoritative yet accessible," she said. She added that in order to communicate calmly, communicators must first be an a prepared state themselves.

MSNBC's Cockfield also stressed the importance of acknowledging the impending problem honestly during this phase, along with addressing the message specific to your different audiences. "What is the affected universe?" he asked rhetorically. "Is it a geography, a people, government officials, investors? You’ve got to identify all of your audiences. What is the message for each of those audiences? What are the vehicles for your message?"

Pennisi added that the semantics of language are also important. "If you don’t have additional information, you never say, ‘I don’t know,’ you say, ‘this is the information we have now, we’ll provide updates’," she said, adding that you can't discount the possibility of the power going out, and may have to embrace unexpected mediums, like printed fliers, to make sure your communications are received.

Cockfield added that even casually mentioning that you're exhausted can be quoted and on the record. Communicators should be especially mindful of drawing those boundaries with reporters during a disaster, even the reporters with whom they've worked for years.

Information comes out in waves, Nelson noted, and businesses embroiled in a disaster should take heed. "The first wave is basic reporting—what’s happening, what has happened right now and what’s the impact," he said. "People living through the disaster can only deal with that basic information for a couple of days until they piece some normalcy back together."

"Then you have the response phase, where you’re carrying out the relief," said de Vullpillieres. "You want to make sure you’re messaging how [your business] is helping, and where people can help/volunteer, but you’ve got to balance this messaging so you don’t come across as self-serving. You’re putting people first."

"You want to show that you’re in control of this message, you’re the one that’s putting this out there, but you don’t come off as self-serving or pompous," seconded Pennisi.

"There’s often a period when you’re dealing with disaster and crisis communications simultaneously where issues begin to arise," said de Vullpillieres."There was a time when that phase started between a week and two weeks after the disaster, but that phase is starting quite a bit earlier with the advance of social media."

"Then the questions of why, who was responsible and what can be done differently [get asked]," said Nelson. "You have to be ready for them, but if go out to aggressively with a message of control, you will be the story if it’s a broader story and you’re not the one to deliver that message. It comes down to the assessment. ”

Similarly, expectations vary for businesses involved in the disaster themselves. In the recent wake of Hurricane Florence, for example, local businesses were expected to be down for the count. "There’s an expectation built in that there’s some recovery to be done," said Nelson. "Whereas if you’re the single company that has a factory fire, your customers don’t want to hear it, your employees don’t want to hear that they’re not getting paid or getting furloughed, your customers don’t want to hear that whatever just leaked out of your factory into the air is noxious and could have long-term impact."