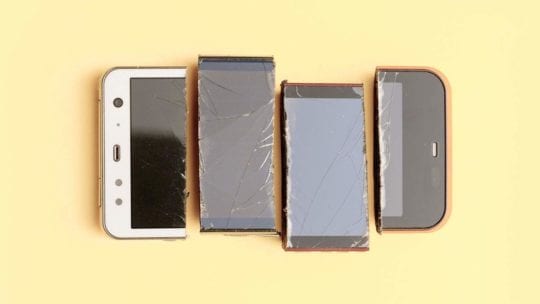 On Friday, October 18, PRNEWS hosts its annual Digital PR Awards Breakfast at New York's Yale Club, honoring the best, most impressive campaigns in digital communications during the past year. As is tradition, we'll open with a fantastic keynoter. Joining me in conversation this year is Dr. Julie Albright, a renowned sociologist, author and frequent expert source on news and talk shows.

We'll be discussing Dr. Albright's new book, "Left to Their Own Devices: How Digital Natives Are Reshaping the 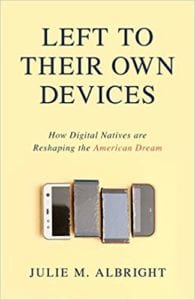 American Dream." It is a fascinating look at the challenges of communicating in what she calls an "Untethered Society," an unhooking from traditional social structures in the pursuit of more digital connectivity.  Dr. Albright and I previously chatted about the role that PR pros should play in leaning into this change.

But what comes after this untethered society, and what are the consequences of us straight up ignoring it? For that, we can turn to a trajectory that Dr. Albright lays out early in her book. First comes the Untethered Society. Following that is the Internet of Me and, finally, the Internet of Them.

We are currently the Untethered Society, says Dr. Albright, because of an increasing tilt toward people constantly relying on a digital interface. It's coupled with an unhooking from structures, processes and institutions that were long considered part of "The American Dream"—getting married, buying a home, starting a family, etc.

"This is our current stage of technological immersion,"  Dr. Albright writes. "All this connectivity has fueled a plethora of social behaviors, from online dating to the formation of social movements (e.g., the Arab Spring, #OccupyWallStreet,#OccupyWallStreet, #MeToo, etc.), and it has allowed many old friends to reconnect to one another via social networks."

She warns that this untethering comes with a dark side, too. "[A]s more behaviors are conducted and documented online in social media and other places," she writes, "more and more data is gathered, allowing the development of computerized behavioral models that can be used in increasingly sophisticated ways to persuade or even manipulate audiences based upon their likes, fears, and psychological profiles, as seen in the recent Cambridge Analytica scandal with Facebook."

The Internet of Me

"This is the stage that is now beginning to emerge on a larger scale and will continue to do so with smart, connected cities in the future, where more and more things become 'digitized' and connected to the internet." She cites "Internet of Things" smart devices such as customizable lightbulbs based on a person's sleep cycle or smart refrigerators that order milk when the carton is low. It's a step beyond untethering because many of the societal functions that we used to fulfill through traditional means have been automated.

The Internet of Them

The final stage is "The Internet of Them," Dr. Albright explains. "In the prior stages, humans were in the loop, in terms of controlling the technologies," she writes, describing the fact that we at least had to push the button that called our cab, ordered our groceries or configured the settings on our smart lights. "In this stage, intelligence becomes embedded in devices and acts autonomously, spinning away from human control. It is human out of the loop. An increasing number of 'things' have their own embedded artificial intelligence. They can 'learn' and get smarter without human intervention, and they make decisions on their own." She cites chatbots as a prime example of this final phase.

"Examples include chatbots that will simulate their owners or others through “synthetic personalities,” intelligent robotics, and automated workers. Eventually, as some researchers believe, these intelligent agents will achieve what has been called the singularity, a stage at which they exceed human intelligence and capabilities for certain tasks. For example, IBM's computer Watson recently was able to diagnose a rare form of cancer that had stumped a panel of human doctors."

What this trajectory means for communicators

Are we ready, as communicators and people, for such a singularity? Dr. Albright acknowledges that automation can help society handle menial tasks or those that don't require the nuance and contextual skills of a human being. Some consequences will be troubling, "including mass layoffs and the end of jobs for many workers in those parts of the economy in which automation can replace human labor," she writes. "These impacts may well span beyond the factory walls and into white-collar sectors including law, medicine, accounting, and other fields."

The onus is on us, then, to justify our business's reasons for implementing automation in the work place, and by doing so, further pushing the workforce toward this aforementioned singularity. When a job is outsourced to an algorithm, there can be more consequences than putting someone out of work. What are the impacts that automating tasks has on your business? Are you sure the job you've replaced with artificial intelligence can be accomplished with the same level of skill and attention to detail? Is there a degree of contextual sensitivity, empathy, or nuance required in the role (here's looking at you, content moderators for social platforms).

Asking these questions, and being mindful of the consequences of contributing to this trajectory, will make sure that our roles as communicators can never become fully automated, too.