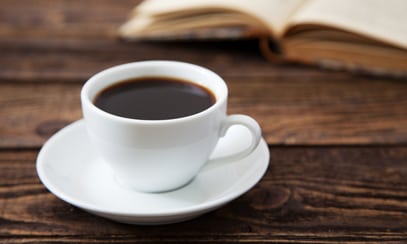 If there’s a trophy for bad taste in sports, the hands-down winner is the National Football League and its affiliates.

The names of teams inscribed on the trophy are too numerous to list. But surely the NFL’s denying that repeated head trauma can cause brain damage must top the list.

Following closely are names of teams that sign players who have treated their wives, girlfriends and other females as tackling dummies. The names of an NFL player and an owner could come next, depending on how their stories end. And inscribing on the trophy former WWE CEO Vince McMahon's name seems appropriate, given recent news of his $12 million hush-money payments.

However, one of the most recent inscriptions on this dubious trophy should be that of the Dallas Cowboys.  Self-proclaimed as America’s Team, the inscription isn't commemorating the club's cover-up of a recent sex scandal.

Instead, in its wisdom, the Cowboys announced a marketing pact with Black Rifle Coffee, just one day after the July 4 shootings in Highland Park, Illinois, left 7 dead and nearly 4 dozen injured. Moreover, the announcement came only weeks after the elementary school shooting in the Cowboys' home state of Texas. That shooting in Uvalde, May 24, killed 21, including 19 children.

In their defense, the Cowboys and the NFL sent some $400,000 in support of Uvalde.

We are celebrating America’s birthday all week long by giving away ✌️ tickets to a #DallasCowboys home game & a ☝️-year subscription to @blckriflecoffee! Click here https://t.co/hUQTRllFe0 to learn more.☕️🏈⭐️ pic.twitter.com/iFep5BKVZt

The Black Rifle deal was announced as part of the Cowboys' Independence Day Celebration. Black Rifle and the Cowboys said proceeds from the partnership's sales will benefit veterans and other groups. Moreover, the launch announcement was planned months ago.

A cynic might say, Well, sipping coffee during Cowboys' games is better than encouraging fans to bet or drink alcoholic beverages, the dominant underwriters of football telecasts.

True, but under the circumstances, Cowboys' PR pros should at least have raised concerns about collaborating with a brand with the word rifle in its name and whose varieties include AK-47 Espresso Blend, Silencer Smooth Coffee Rounds and Murdered Out Coffee Roast.

Indeed, negative fallout from the deal announcement was swift.

Whatever your view of the deal, it provides important lessons for people in our business:

Some PR pros get so excited about a major program that they never think things can go wrong. That’s bad planning.

Always have a defensive PR strategy available for use at a moment's notice. The Cowboys-Black Rifle situation shows why.

Arthur Solomon was a journalist and SVP/senior counselor at Burson-Marsteller, where he handled sports-related PR, among other things. He is a frequent contributor to PR publications and a consultant. Contact him: arthursolomon4pr@juno.com