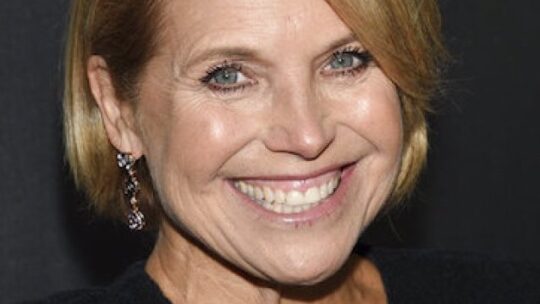 This stories about Katie Couric and Adam Schefter are momentary blips in the news cycle. Most people will forget about them quickly. Yet, they’re important for PR pros, who remain partners with journalists in the quest for earned media. Above all, the concern for PR pros is that these stories hurt, at least temporarily, earned media's value. Goodness knows, media needs help not more hurt at this time.

A forthcoming Couric book, “Going There,” allegedly includes the 'revelation' that she deleted bits of a 2016 interview printed in Yahoo! News with Justice Ruth Bader Ginsburg, then 83 years old. Progressive icon Ginsburg's view of NFL player Colin Kaepernick kneeling during the national seemed more like that of her late conservative friend Justice Antonin Scalia.

To "protect" the judge, Couric edited out Ginsburg's remarks. As a result, the printed interview included only bits of Ginsburg's criticism of Kaepernick, two newspapers reported this week. They 'obtained' early copies of the book.

This is toxic on a lot of levels. https://t.co/cH1ZgpPPX2

Similarly, the publisher probably enjoyed coverage from The New Republic's Natalie Shure. She rightly argues Ginsburg, a sitting justice at the time, needed no protection. A fair point.

Another good argument is that Couric's job was reporting news, not doing PR for Ginsburg.

the idea that "she was elderly and probably didn't understand the question" is such blatant horse shit! Not only was RBG an active justice at the time, she answered the question clearly and extensively. Her answer was just appallingly bad, not confused

On the other hand, what Couric did is something PR pros understand happens daily–journalists and editors tweak or edit what interview subjects say. They do so for many reasons. Sometimes it's for space; other times it's for brevity or clarity.

And, as communicators also know, if you want complete control of an interview or a message, use owned media.

Another possible alternative for the communicator is booking your author on C-SPAN, where unedited content is a point of pride.

In the Ginsburg example, maybe you argue that Couric owed history a complete accounting of what the justice said. The PR pro would respond, 'That's called a transcript.'

Moreover, PR pros would say that with peoples' reduced attention span, the appetite for transcripts (or long articles) is limited. That's a nice way of saying only political junkies, historians and researchers read transcripts.

PR pros would not buy the argument that Couric was unethical, unless she promised her Yahoo! story was unedited. She didn't make that promise.

Still, if we want to talk journalistic ethics, there's plenty to discuss. For example:

Stemming from a trove of emails that canned Jon Gruden, Adam Schefter's incident also raises questions for PR pros. An ESPN ace reporter, Schefter admitted this week that 10 years ago he shared a pre-published story with a source.

Not coincidentally, the source was then-Washington Redskins president Bruce Allen, also Gruden's email partner. Allen is not quoted in Schefter's article by name. Schefter says he shared the copy in advance with Allen for fact-checking purposes.

The issue for PR pros: Should you request a reporter send a story pre-publication when one of your executives is quoted? What about when the executive is an unnamed source? The question for journalists: Do you comply?

A better route for Schefter:  Contact Allen via phone and ask questions about the story's facts.

Veteran PR pro Arthur Solomon, a former journalist, advises against reporters offering sources they've interviewed articles in advance. However, he makes an exception when an article relates to healthcare or medical technology.

"It's important that the reporter get everything 100 percent correct. Wrong reporting could affect a reader's health decisions," he says.

Somewhat similarly, for this writer, when a source or a PR pro who's working with me for the first time asks to see a story before publication, I comply, but with a caveat: 'I might not change anything  as a result of what you tell me after reading the story.'

Seth Arenstein is editor or PRNEWS and Crisis Insider. Follow him: @skarenstein