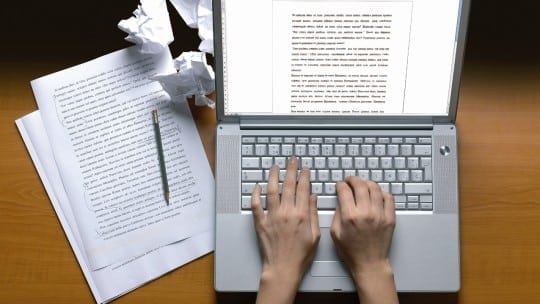 Strong writing skills can supercharge your brand’s message and propel your own professional growth. After all, the best way to influence anyone is with a story well told.

Whether you’re crafting a tweet, working in a brand newsroom or writing a press release, the goal is to make every piece of writing concise, impactful and clear.

Yet, many communicators undermine their brand’s message—and their own credibility—by stumbling over some common but easily avoidable linguistic hurdles. Here are three such errors to keep in mind before you hit the send button.

It always helps to proofread out loud. Doing so can help you identify words or phrases (that) you can do without. For instance, before using the word “that,” ask yourself if it’s necessary—“that” is one of the most overused and unnecessary words in the English language.

Another common example is the phrase “in order to,” which rarely needs to be used—“to” is usually all you need (in order) to get to the point.

Here are some other common redundant phrases to look out for, with the essential word in parenthesis.

It’s important to use an active voice as much as possible. Using a passive voice makes a sentence less impactful and forces the reader to work a little harder. Always keep in mind that the subject of a sentence acts upon the verb, not the other way around.

Passive voice: This article will be written by Jerry.

Passive voice: There were four awards won by “The Shape of Water.”

While it’s important to ensure proper spelling, sometimes a spell-checking program only tells half the story. Always watch out for certain words that, while spelled correctly, are often confused for each other.

Ensure vs. Insure: If you want to make sure of something, you’re ensuring it. But if you want to buy a house or get your car on the road, you’ll need to insure it.

Than vs. Then: Than is always used in comparisons, such as "bigger than" or "older than." Then has a few different meanings, such as referring to a point in time (I’ll call you then) or referring to what comes next (Do this and then that).

Their/They’re and Your/You’re: Remember that when apostrophes are followed by the letters “re,” the apostrophe stands for the letter “a,” as in you are or they are. For example: You’re always using your favorite words.

Here are some other commonly confused words that can trip up even the most polished professional: