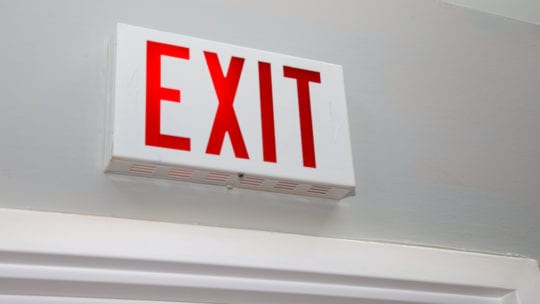 Every industry is hyper-vigilant. Brands monitor and audit leadership’s activities and words, as well as corporate messaging. For those who work on behalf of brands or clients—sometimes your belief system may clash with their strategy.

So when does the time come to break up with a client? And how do you do it? For example, some agencies have made statements about no longer working with tobacco or foreign dictators. Refusing a client is never an easy decision, but sometimes it’s the only choice.

How to Determine a Break

For many, there is never a good time to break up with a client. Hyun Lee, a marketing consultant specializing in SEO and digital PR, believes the best time is “when you feel like it,” backed up by data and an audit of your emotions.

Since not everyone shares the same values, reasons for letting go of a client vary on a case-by-case basis.

Even better, of course, Lee advises making sure there’s a good fit before the partnership begins. But if you have to make a break, she says, there’s an easy, humane way to do it.

“You politely tell your client that while you have enjoyed working with them during the engagement period, you no longer have the capacity to continue working with them,” Lee says. “Part ways with actionable steps...so [the client] can take it forward instead of simply being abandoned.”

Expectations from the Get-Go

Shel Horowitz, a seasoned marketing communications consultant for socially conscious and green companies since 1982, reiterates Lee's point. Lay out your intentions at the beginning of a relationship, he says.

“Before someone becomes a client, I send them information on how I work.”

That information includes the below paragraph. He wrote this roughly 25 years ago after attempting to work with someone who was not a fit.

“Please note that I reserve the right to reject a project if I feel I'm not the right person for it. This would include projects that in my opinion promote racism, homophobia, bigotry or violence–or that promote the tobacco, nuclear power, or weapons industries–or if I do not feel the product is of high enough quality that I can get enthusiastic about it. Also note that by submitting a project to me, you understand that you have commissioned me to do the work we've agreed on, and that I'm not a full-service publicist; I can recommend vendors to you if you want press release distribution and follow-up, for example.”

Not Rolling With the Punches

Some PR veterans branch out on their own after establishing the kind of clients and environment they want to work in. And that doesn’t just include certain industries or genres of communications. It can also include the type of people you wish to work with.

Aimee Joseph of Brand Love Solutions created a consultancy because she wanted to choose her clientele and work with brands she felt passionately about. However, when first starting out, she struggled to say no to clients, until she became overwhelmed with their demands.

“After working with a client for three months, my dream client was quickly becoming more and more demanding,” Joseph says. “I was working around the clock to appease them, going above and beyond the retainer, moving toward Business Operations. The client had no barrier when it came to communication and after another late payment and lots of swear words, I sent an email, letting them know that it [was] in both our best interests to end the contract at the end of the month.”

It wasn’t easy for Joseph to keep afloat as she stayed true to her mission of being passionate about the consultancy's vision, but after two years she’s found clarity.

“I struggled for a while, turning down projects and retainers from businesses where I saw red flags,” she says. “Once you know what to look out for, it's easy to spot clients who will end up being a drain, instead of genuinely wanting to help you grow their business for the long-term.”

Paige Arnof-Fenn fired a client during her first year in business at Mavens & Moguls. She said the client never paid on time and was rude to her team, who did great work.

At first Arnof-Fenn thought working with a challenging client might be good PR for her firm, but in the end it wasn’t worth the hassle or abuse her staff had to endure.

“My advice is to be clear, decisive and quick,” Arnof-Fenn says. “It sent a signal to my team that the money was not worth an unappreciative client who was a jerk and treated us poorly. We replaced the income and more within a month with a much better client. Optics matter and culture counts, (and) as the leader you have to set the tone for your group. When we say we have a no-jerks policy we really mean it.”

And sometimes the results from firing a client will surprise you. For those who take the high road and dissolve a partnership with grace and humanity, they may find an even better relationship.

“Turn-around expectations grew higher and higher, until I was regularly being contacted the next day for photo deliveries,” Patrick says. “Not only that, but if I did a job on the weekend, I'd be contacted Monday at around 9:30 a.m. with the client asking if I had their deliverables. I ended up growing more and more indignant while simultaneously not vocalizing my grievances. Finally, one afternoon I wrote them a breakup letter and clearly laid out why I was doing so. A large portion of it dealt with unrealistic demands…People have this habit of assuming that as a freelancer you're working 24/7 and on occasion they need to be reminded that you, too, are human.”

The client woke to Patrick’s issues and used the dissolve as a learning experience.

“Not only did the client apologize and wish me well, they emailed me the next day and agreed to rectify their behavior in the future,” he says. “As well, I raised my rate, making it a win-win. Now I have a week to deliver everything and make more money in the process.”

Patrick believes that an easy, transparent explanation works best when dealing with a difficult client.

“Simply explain, truthfully and clearly, why you're firing them,” he says. “If you objectively believe yourself to be in the right, and simply explain things in clearcut terms, oftentimes there either won't be much fallout or, even better, the client will understand your reasons and amend their behavior to make your relationship more equitable moving forward. Conversely, saying something like, 'This isn't working' with no defined reason will often be received poorly.”