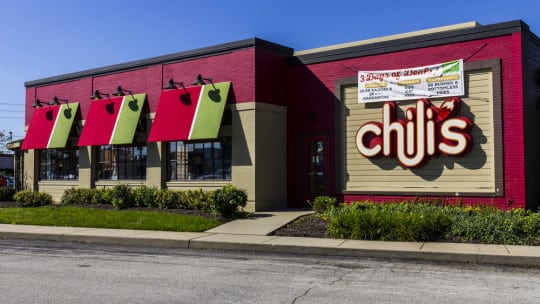 Most PR pros know all too well that X is smaller than you might think. Let's plug in some variables. Chili's restaurants served over 200,000 free meals to veterans on Veterans Day. One of those meals went very, very poorly, and now the restaurant chain is in a worse position than if it had never undertaken the effort in the first place.

The apparent chain of events: Army veteran Ernest Walker, who is black, went to a Chili's in Cedar Hill, Texas, to claim his free meal, with his service dog in tow. An older white man (wearing a Trump shirt) questioned the veracity of his military service, saying that he had been in Germany during World War 2 and "they would not allow blacks." Soon thereafter, a manager approached Walker at the behest of guests who were saying he was "not a real soldier." The manager also questioned whether the dog, which was wearing its service vest and certified tags, was a real service dog. Walker produced military identification and discharge papers, but the manager still took away his food and asked him to leave. Walker recorded some video of the encounter and posted it to Facebook.

It took little time for the encounter to start trending on Twitter, as many called for a boycott of the entire restaurant chain. It also took little time for Chili's to act: Kelli Valade, president, wrote in a statement that her team "personally apologized to Mr. Walker" and "immediately removed our manager from the restaurant." It's hard not to read a good dose of rueful bitterness at a good PR effort gone bad in the following sentence: "On a day where we served more than 200,000 free meals as a small gesture of our appreciation for our veterans and active military for their service, we fell short."

What went wrong? An act of kindness to veterans should have been non-controversial, but it ended up being mired in racism and connected to the larger, contentious conversation about the most animosity-filled presidential campaign season in modern history. First, it seems that there was a need for clearer and more robust internal communications surrounding the initiative. Managers should have been fully aware why they were giving free meals to veterans and what their role was, i.e. not to police who did and did not actually serve but simply to make people happy.

Secondly, going back to that algebra equation, we need to amend that X by adding the exponent [social media]. Thanks to viral video, that rogue manager is, for all intents and purposes, the face of Chili's at this moment. And you can't fight fire with fire in this situation: Try as you might to put out your own engaging social media content, it will not be paid as much attention as the low-quality, hand-held video footage of a moment of conflict and drama.