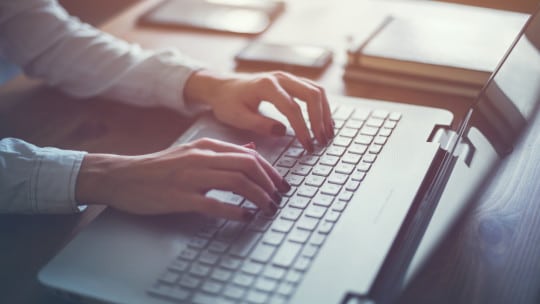 Do you know what style guide your organization uses?

As a PR professional, consistency in your writing is crucial, be it in a press release, publication or even just an email. Whether your company follows the Chicago Manual or AP, knowing the basic rules of your house style—and the differences between them—can help you write with clarity, uniformity and proficiency.

Though most general grammar and mechanics are always treated the same way, here are five major differences between the Chicago and AP styles that you should be prepared to encounter regularly:

Also called the “Oxford comma,” this term refers to a comma that separates the penultimate item in a list from the final item introduced by a conjunction (and or or). AP style does not use the serial comma, while Chicago style does.

Chicago: Hey … are you going to eat that?

With regard to em dashes, AP style includes a space on either side of it, while Chicago does not.

AP doesn’t use italics for titles at all, while Chicago uses italics for some titles and quotes for others. Both style guides have nuances for different types of titles, so we recommend checking the official books/sites for specific rules. Generally, for the titles of larger works like books and movies, Chicago calls for italics and AP calls for quotes.

AP: “Gone With the Wind”

Chicago: Gone with the Wind

When you are using a common noun ending in s that is possessive, do you use apostrophe-s or just an apostrophe? It depends on who you ask, and it depends on the kind of noun in question.

AP and Chicago: The babies’ hats

AP: She picked 15 apples, but he only picked nine.

Chicago: I’m thirty-seven and I have two children.

Once you’ve determined your organization’s chosen style, make sure to keep a copy of the guide on hand if ever you’re unsure about usage (you can find the Chicago Manual of Style here and the AP Style Guide here). And if your company hasn’t elected a particular style, perhaps you should suggest it!