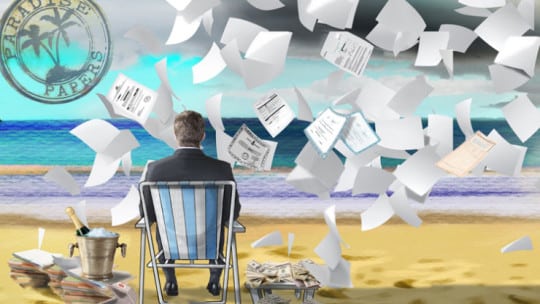 Facebook, Apple, Uber, Nike, Walmart, McDonald's: What do they have in common, other than a massive profile? They are all members of the unhappy fraternity of brands named in the "Paradise Papers," a trove of millions of documents leaked to the International Consortium of Independent Journalists (ICIJ) that purport to reveal prominent people and companies using offshore havens to avoid tax.

The details are complicated, full of allegations of illegal tax structures and arcane terms like "reverse hybrid mismatch" and "double Irish with a Dutch Sandwich." Thus, the brands touched by the Paradise Papers at least have the advantage that the average consumer is unlikely to understand the issue at hand thoroughly enough to care. But in some cases brands may find themselves in legal trouble—Apple was hit with a $14.6 billion fine last year over tax shenanigans—or at least in peril of their quasi-legitimate loopholes being shut.

Apple's statement did a fine job of communicating some rebuttals to what it sees as "inaccuracies" in the ICIJ's reporting. Excerpts:

Nike has also provided a statement:

"Nike fully complies with tax regulations and we rigorously ensure our tax filings are fully aligned with how we run our business, the investments we make and the jobs we create. Nike’s European headquarters has been based in the Netherlands since 1999. It employs more than 2,500 people, who oversee Nike operations in over 75 countries."

The other brands mentioned are largely staying silent for the time being, but as the story picks up steam, they may be forced to explain themselves.