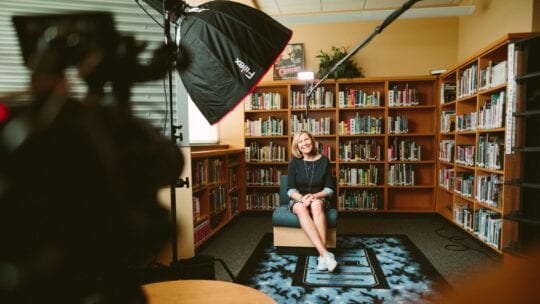 Taken together, the nominations have reflected a careful weighing of interest groups and audiences. Notably, Biden has chosen nine people of color for Cabinet-level posts so far, beginning to make true on a promise to lead the most diverse administration in history. Granholm and McCarthy bring Biden’s list to nine women, compared with eight men. According to FiveThirtyEight, assuming they’re all confirmed, the Biden administration would break the record for the most women ever to serve in the Cabinet.

Granholm’s selection could be a shift in the Energy Secretary role, which previously focused on nuclear safety. In contrast, as The New York Times’ Lisa Friedman writes, Granholm’s primary experience is in the area of clean energy, “a nod to environmental groups” that have fought against the selection of the other top contender for the role, Ernest Moniz, who has financial ties to the oil and gas industries.

The decisions to choose Granholm and McCarthy reflect a social listening of sorts, with the Biden camp recognizing public demand for diverse leadership as well as concern around climate change and environmental issues. "President-elect Joe Biden is learning that no matter what he does, or whom he selects to serve in his administration, he will face criticism...Like most executives heading corporations today, U.S. presidents have a growing number of constituencies that expect to be appeased in ways large and small," notes Gene Grabowski, partner at kglobal.

A recent tactic employed by environmental activists known as “greentrolling” has targeted the social media accounts of oil and gas companies attempting to green their image. Selecting officials with environmentalist records is a defensive PR move that could help Biden avoid reproach from activists on his stated decision not to ban fracking, a point that became well-publicized during and after the presidential and vice presidential debates. Perhaps the incoming administration is acting on a communications impulse to avoid criticism for not officially adopting The Green Deal popular with progressives.

Still, says Grabowski, Biden can't please every interest group, even on his own side of the aisle. "Shareholders, political activists, news columnists, regulators and lawmakers are all going to have their own points of view and agendas, which a leader cannot allow to sidetrack or water down what he or she sees as the right thing to do. Biden, like corporate CEOs, needs to show strength and announce his choices with clarity and resolve."

As hiring freezes are (hopefully) lifted amid the COVID vaccine’s arrival and (hopeful) economic rebound, the Biden team’s announcements raise a timely question for PR pros: How should brands announce new or incoming leadership?

When announcing an incoming executive, it’s crucial to craft a messaging strategy that speaks to stakeholders both internally and externally–in that order. Ariane Lovell, vice president and media relations specialist at Finn Partners and member of the board of directors for The Black PR Society of New York, says it’s vital to PR pros’ relationships with their team and key stakeholders to share the news in a confidential manner.

“Employees matter, and they drive performance,” she argues. “They should be made aware of the news before the public announcement. I recommend sharing the news an hour before the external news announcement is made to prevent any potential leaks.”

This has been a year of corporations learning tough lessons about diversity, equity and inclusion. Perhaps the biggest running theme is that without diverse hiring practices, BIPOC leadership and equitable compensation, little progress can be made on a brand's commitment to racial equality—nor audiences' perception of how well it follows through on that commitment. Biden’s picks so far are a tangible response to public demand for meaningful, diverse leadership.

Stokes is optimistic about the communications outcomes of Biden's diverse and female-dominated leadership team, stressing that all leadership announcements should consist of strong messaging tied to the relevance of the new executive based on company precedent.

In terms of media coverage, communicators should look to mix up the publications (and in turn, audiences) they are pitching for pivotal new hires, says Lovell. “As you build your media list for the new executive announcement, diversify your media targets based on their background. Reach their audiences in the news they consume, which might not always be solely top-tier news outlets.”

Lovell notes the importance of an advance press strategy in hiring announcements. She says companies should prepare a proactive new executive hire public relations strategy weeks in advance of the announcement, as well as confirming blocks of time that the new executive and company spokesperson are available for media interviews.

Advance PR planning can lead to more successful press placements, too. “Ahead of the company-issued press release announcement, arrange embargoed interviews so that the articles go live once the release crosses the wire, creating a cascade of coverage,” Lovell adds.

While digital natives might pooh-pooh the press release as old fashioned (as compared to, say, social media announcements), it’s crucial for spreading the word online, argues Lovell. “Press releases create digital footprints and are the tipping point for social shares,” she says.  She recommends following the PR best practice of sharing the news of an executive hire by way of a company-issued press release.

Stokes advises communicators incorporate company history in the announcement of incoming execs, making sure all messaging answers three key questions: 1) What's the back story? 2) What's the reason for the change? and 3) How does the backstory of the new hire fit into the direction the company is now taking?