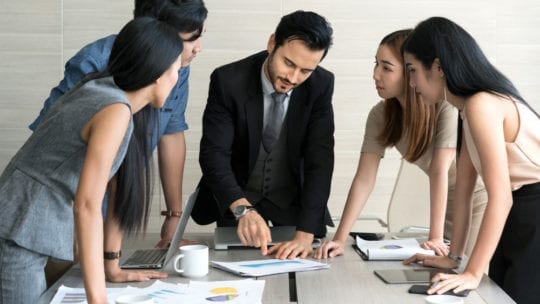 Few of us enjoy awkward situations—it's only human. When a difficult issue requires discussion, some tend to procrastinate. This often solves nothing, and only makes the situation worse. Some of us deliver bad news immediately, but that doesn't mean we don't dread it.

Some make one of the most insensitive and unprofessional of moves: they delegate the conversation to a subordinate, or communicate difficult messages using an impersonal vehicle like a memo. Who can forget Carrie Bradshaw's ire when her boyfriend leaves her via a sticky note? In the digital age, Carrie's ex might have sent a text. Her pain likely would have been the same.

Professional communicators know better. For them, handling internal communications for layoffs, firings, reorgs, M&As and other potentially bad news is part of the job. We asked several PR pros for tips and best practices surrounding when and how to break difficult news.

When Should You Break Difficult News?

ESPN VP Katina Arnold advocates communicating news of potentially unsettling change quickly. "When you’re in a situation that’s public, unsettled or filled with change, you should communicate an internal plan as soon, and as directly, to employees as you can," she says during an interview with PRNEWS last summer. "In employees’ minds, no news equals bad news."

Perfection is the Enemy of the Good

We hear you asking yourself, 'What if I don't have all the details? Should I still communicate the news?' Yes, according to Lauren Hodapp, senior director of internal communications at Conservation International. Sharing difficult news "in a timely and authentic way can be more important than settling on the perfect message" and waiting for every piece to be final, she says.

Hodapp says her organization started communicating with staff about a key executive's plans to step down very early...the priority was on sharing this news with staff quickly—ahead of our partners, community, and the wider world—because it was critical for the Conservation International family to hear the news first."

Sharing difficult news also is a transparency issue, she adds, stressing that transparency builds credibility. Staff appreciate when a company emphasizes transparency, particularly during shifts in an organization.

How Do You Do It?

Communications methods should vary depending on the news, from one-on-one sessions to open meetings and phone calls. Use impersonal vehicles like memos sparingly, and only when the difficult news is more general than personal, such as someone losing her job.

Regardless of the method, says Marie Andel, chief people and culture officer at CSAA Insurance Group, communicators should avoid jargon, acronyms and corporate speak when breaking difficult news. In addition, she urges communicators "check in with employees to gauge where they are on the change curve." Use that information to tailor your messaging. Once the news is delivered, Andel says, "offer employees frequent updates.”

Providing a feedback loop also is important, says Jason Meyer, a director at APCO Worldwide. Whether through online surveys, town halls or other means, "ensure your people know they are heard and that you plan to be responsive to their thoughts," he says.

Several communicators agree that more communications is best in uncertain or difficult situations. "Over-communicate," urges Barbara Moreno, executive director, communications & outreach at San Diego Convention Center Corporation. "Tell your internal audience members what you want them to know, then tell them again and again…and again. Times like these call for lots of meetings. While we usually dislike meetings, they are key" in such situations.

APCO's Meyer also stresses the important role that managers have in engaging everyone within their organization.  "Change communications should never feel like a top-down exercise," he says. Managers at all levels should be briefed and understand when and how to most effectively engage those who report to them with key information.