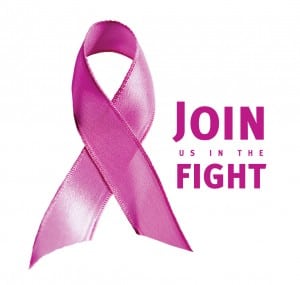 In a few weeks eight types of cancers will inhabit the month of September. All of them are using the 30-day span to raise awareness through the propagation of fundraising events and ubiquitous ribbons.

September is far from unique, though. Earlier in the year a grey ribbon marked May as Brain Cancer Awareness Month. May also was Bladder Cancer Awareness Month, which uses a yellow ribbon, as does Sarcoma/Bone Cancer. In addition May was Melanoma and Skin Cancer Awareness Month–marigold, blue, and/or purple ribbons. In April, we were supposed to be aware of testicular, esophageal, and head and neck cancers. That’s orchid, periwinkle, and burgundy or ivory ribbons, respectively.

Just about everyone supports the concept of cancer research, though the rainbow palette of colored ribbons is beyond confusing. How did testicular cancer get stuck with orchid? Sorry, boys. In all, there are 24 cancers that promote awareness via ribbons.

But if the research foundations dedicated to fighting these horrible diseases are going to move toward tangible goals, they must move beyond awareness.

Awareness-based campaigns aren’t bad, they’re just outdated; they’re outdated because they’re successful. The goal is awareness; in the case of cancer, we’re aware. Are the awareness campaigns of your brand or organization similarly outdated?

Our mothers and grandmothers wore pink ribbons, and while we like cheeky ‘think-pink’ slogans like ‘Save the Ta-Tas,’ this kind of marketing won’t cut it with digital-native millennials, and the Americans who come after us. Besides, you don’t want your brand to be a joke.

Danger: Sticking With What’s Not Broken

It’s not the cancer foundations’ fault; they’re stuck in the rut that many brands find themselves. From politicians to multinational corporations, sticking with what works year after year is natural. Why fix what’s not broken, right? Well, while it might not be broken, it’s also not moving you forward.

Take Kodak, for example. Despite developing the first digital camera–way back in 1975–the ubiquitous company shied away from investing in digital camera technology for fear that it would hurt its traditional film and camera business. It filed for bankruptcy in 2012 and never made cameras again.

Kodak’s problem was that it didn’t think it could afford to move away from its traditional camera business, despite earning less and less from it annually.

A Look at U.S. Giving

Familiar is Not Always Effective

Cancer research foundations, and perhaps your brand, face a similar problem. The more accustomed people are to a message, the less effective it becomes. It’s a tough Catch-22 that penalizes the success of a marketing campaign. The more ‘aware’ people become, the less impactful awareness campaigns are.

Think about it. Remember the Budweiser frogs? Launched with a hugely memorable Super Bowl ad, they grew into a hilarious barroom routine that was effectively a meme before there were memes. Why would Budweiser abandon the frogs if everyone in America was doing his/her best baritone rendition of “Bud-weis-er”?

The answer is that in a hyper-competitive market brands need to keep their messaging foremost in consumers’ minds. If not, the competition is going to occupy that vital headspace–and the coveted place in a consumer’s shopping cart.

Let’s return to the cancer example. The ‘market’ for research donations is, in a word, competitive. Americans’ disposable income for 2019 is estimated to remain flat, or grow slightly, vs. 2018. And with millions of millennials facing mountainous student loan debts and delayed earnings potential, spare funds for donations are going to be tight for the foreseeable future.

This means that brand awareness is going to be at a premium as cancer research competes for charity dollars with other, equally worthy causes. This is not very different from myriad brands and groups targeting your audience members.

And, please, don’t count on federal funding. Sources like sin taxes on tobacco or alcohol aren’t going to get the job done. They face the same problem of diminishing returns. The fewer smokers paying the sin tax, the fewer dollars the tax generates. And let’s not even begin to count on Congress. This is the same organization that almost defaulted on the national debt a few years ago and shut the government just last year. They won’t be your saviors.

Neither will the same 501c3-pedigreed ‘development’ professional you’ve been hiring. Sure, a decade of experience shepherding a foundation through the minefields of the media looks great on a resume, but will this kind of experience help you reach tomorrow’s donors? No.

Look Outside Your Comfort Zone

Cancer foundations–and any other organization that relies on ‘awareness’ campaigns–need to look outside the friendly confines. In cancer’s case, look beyond the charity world.

A partner that’s agile, digitally-native, and battle-tested in the media marketplace is ideal. These partners will be able to successfully transition from general awareness to reaching potential donors where they are with messaging campaigns that are modern and personal. It’s not enough to get athletes to wear pink cleats or sell colored rubber bracelets.

As economic reality shrinks the pool of potential donor dollars, the race for a cure is going to take place as much in the media marketplace as it is in the laboratory. You have won this part of the fight. We really are aware. Now let’s win the future, too.

Note: This content appeared first in PRNEWS. You can find subscription information here.