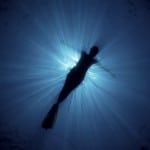 The Siren Agency was launched by sustainability communication veteran and winner of PR News’ 2016 CSR Professional of the Year Annie Longsworth in January 2015.

Siren has made an impact on a number of campaigns, including the CodeGreen Challenge, which is an annual event intended to raise awareness of Caesars’ environmental strategy among employees and guests by creating opportunities for active participation and engagement. The 2016 CodeGreen Challenge took place March 17 to May 1, 2016.

With the help of Siren Agency, the CodeGreen Challenge resulted in a 4.2% increase in guest awareness of CodeGreen and a 425% increase in engagement on @citizencaesars with the use of the hashtag #codegreenatwork.

In the four years Jackson Family Wines has been working with Longsworth, she's helped them organize and communicate sustainability strategy to be effective for multiple stakeholders, including sales, leadership teams and consumers.

VersaMe has been recently working with Siren to promote its product the Starling, which is the world’s first word counter for babies. “Siren is not your typical PR agency—the team balances strategic insights on a range of topics, including our social impact strategy, with the ability to execute media relations programs,” says Dave Sopp, CMO, VersaMe.

Additionally, Siren is in the process of developing a profit sharing model that will be accessible to everyone who plays a role in the agency’s success, and hopes to roll it out in 2017.