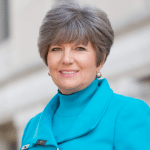 PR News recently asked its community to tell us who should be listed among the top game-changers of PR in the last few years. Here, we look at game-changer Kelly Rossman-McKinney. Check out the complete list of the 50 Game-Changers of PR for 2017.

Kelly Rossman-McKinney is highly regarded for her strategic planning and messaging, reputation management and accurate fact sharing, and she is frequently consulted for her knowledge, expertise and contacts in a wide range of industries. As the media landscape and the role of PR within that landscape continually evolve, Rossman-McKinney encourages continuous professional development to keep up with the newest tools and tactics.

Rossman-McKinney truly shines when she is helping her clients through even the toughest times. She stands firm in her belief that in order to wipe away a less than positive image, a company must first acknowledge its failings, followed by efforts to change the public view through consistent and positive messaging—delivering the right message to the right audience at the right time.

Her drive and persistence have led to great accomplishments where others have failed. For example, she gave strategic guidance and communication campaign support for the Regional Transit Authority’s initiative to create a modern transit system serving four Southeast Michigan counties. She led the creation of a coalition that created a workable master plan and successfully generated enough signatures to earn ballot placement for the November 2016 election—a feat attempted 26 times unsuccessfully, until she stepped in.

A certified crisis communicator, Rossman-McKinney is a nationally accredited public relations counselor (APR) and a member of the Public Relations Society of America’s distinguished College of Fellows—one of only three in Michigan.

Most Interesting Fact Not Found on Kelly’s Resume

“I did stand-up comedy on and off for about five years, played string bass in jazz band in high school and voluntarily took three doses of the anthrax vaccine when I was the manufacturer’s spokesperson to increase my own credibility—especially when it came to discussing the side effects of the vaccine. It truly is one of my proudest moments as a PR professional: I was able to do something that simple to dramatically strengthen my own credibility in the face of great controversy, and it totally diffused most confrontations.”

Kelly’s Advice to Her 20-Year-Old Self

“Relax and enjoy life, don’t be driven so much by getting good grades—most employers don’t really care, and don’t be in such a hurry to grow up, get married and start a family.”

Kelly’s Profession in an Alternate Universe

“I would love to teach and/or write, but I do that now so maybe I’m doing it all after all!”