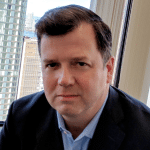 PR News recently asked its community to tell us who should be listed among the top game-changers of PR in the last few years. Here, we look at game-changer James Haggerty. For more, check out the complete list of the 50 Game-Changers of PR for 2017.

James Haggerty is a trailblazer of litigation PR.

Through his work with clients ranging from Fortune 500 companies to individual plaintiffs, he changed the perception of litigation communications from being just another type of crisis to its own distinct area of the profession.

Haggerty’s 2003 book “In the Court of Public Opinion: Winning Your Case With Public Relations,” earned praise as a landmark study establishing litigation PR on the world stage. The book was translated into multiple languages, with publications as far away as Australia and Indonesia hailing Haggerty as a pioneer.

Haggerty’s career has been defined by some of the most high-profile individual cases in history, including the largest single-family Holocaust claim in history (involving the land on which Hitler’s bunker was built), and the largest lawsuit ever filed against the U.S. government, brought on behalf of Native Americans over the theft of nearly $100 billion in oil and gas revenues. He has also worked on what were, at the time, the largest employment discrimination class action in history; the largest intellectual property lawsuit in history; and the largest divorce and child custody case in history, to name a few.

Haggerty’s work has influenced not just the public relations profession, but law studies as well. In fact, the second edition of his book was published by the American Bar Association.

Haggerty also penned an “In the Court of Public Opinion” column for American Lawyer’s Corporate Counsel magazine, which was twice nominated for a Neal Award. The Neal Awards are considered B2B journalism’s highest honor and Haggerty is the only full-time PR practitioner ever nominated for the award. His ideas have also been featured in The Wall Street Journal, USA Today, The New York Times, The Washington Post and many other influential publications.

Most Interesting Fact Not Found on James’ Resume

“I am a pretty good juggler, but don’t remember ever teaching myself to juggle! It is just an innate (or maybe inane) skill I seem to have always had. I have no idea whether it led me to a career in PR and crisis/litigation communications, but I sure spend a lot of time juggling clients and crises these days, so who knows?”

James’ Advice to His 20-Year-Old Self

“Be patient. My background was such that long-term planning tended to be a luxury I couldn’t afford. So as a younger man I was never patient. Life is a long road. Focus on the steps you are taking in the moment, rather than the destination. Or, put another way, when people ask "How do you write an 80,000-word book," I often say, "First I write the first word, then the second, then the third, then I repeat as needed until I'm done." My younger self would have laughed at such advice…then quit in disgust and stormed out of the room.”

James’ Profession in an Alternate Universe

“I love woodworking: making furniture, cabinets, things like that. It combines physical labor with artistry, and the results are physical and immediate. A cabinet door either opens and closes or it doesn't, a table is either level or not. Every time I pass an industrial building I imagine the furniture shop I’m going to open.”