Improving the U.S. Customs and Border Protection (CBP) entry process is a critical step towards achieving a milestone, called for by President Obama, to attract 100 million visitors to the United States by 2021. Looking to benefit from the strength of the entire travel industry, a number of gateway airports, and important stakeholders in the entry reform debate, recently joined U.S. Travel and formed the Gateway Airports Council (GAC).

One strategy employed by U.S. Travel and APCO has been to use geo-targeted promoted posts on Facebook to increase awareness among travelers and constituents and drive engagement in their call on the public to contact Congress and urge support for an improved entry. The hyper-targeted Facebook campaign reached more than 1.1 million individuals, resulting in 24,000 interactions, receiving 5,360 “likes” and attracting nearly 1,000 additional fans to the U.S. Travel Facebook page.

Co-Winner: The Thomas Collective - KA-POW! AZO Girl to the Rescue! 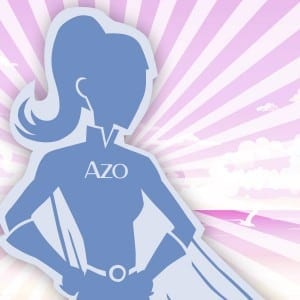 People like to share jokes, recipes and cute animal photos with their friends. But what if you had to build a social media campaign around the pain of urinary tract infections?

That’s what The Thomas Collective (TTC) did for AZO, an over-the-counter solution for UTI pain, when they created AZO Girl to reach the twenty-something savvy female. An irreverent, funny and friendly superhero who—in-between happy hours with her girls—comes to the aid of women held hostage by UTI pain, ensuring they never miss a beat. The campaign, which lived on Facebook and Twitter, increased Facebook fans over 650% and saw Daily Engaged Users grow 2,000%.

It was mandatory that the debut of AZO Girl be immediately relevant to the target, prompting engagement to allow for uncomfortable conversations via social media. So, AZO Girl was introduced in a Facebook “Do-Over” Contest, allowing one woman to re-do an occasion that was ruined because of a debilitating UTI. The challenge jump-started the campaign with 905 entries and created an organic start for the campaign

The brand has attributed the growth of AZO’s awareness from 39% to 55% to social media, along with advertising, outpacing its entire competitive set by well over 10%; in addition, the social media campaign has been credited with maintaining awareness outside of commercially-supported activity.