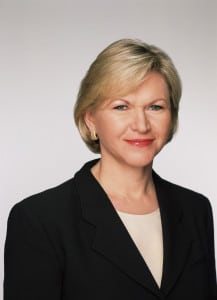 Zenia Mucha has led the communications and positioning strategies for Disney's business initiatives since 2002, including the acquisitions of Pixar, Marvel and Lucasfilm, each of them multibillion-dollar entertainment franchises. From a communications perspective, these acquisitions were profoundly challenging. Each of the three brands has longtime, passionate fans, and it was Mucha who shaped the perception of Disney as their guardian—one that would lead them to continued glory.

Like her fellow 2014 PR News Hall of Fame inductees Jody Powell and Sheila Tate, Mucha has deep experience in political communications, having served as director of communications and senior policy adviser to New York State Gov. George Pataki. When she was honored in 2012 with a Matrix Award from New York Women in Communications, she told the organization that politics provides ideal training for corporate communicators.

"In government service...everyone has their responsibilities, yet they need to work towards a common goal,” she told NYWIC. "Similarly, at Walt Disney, we have a number of different businesses, all with unique identities that need to grow as an individual business yet fit into the global company vision."

Working in high-stakes politics also acquaints PR pros with power. Mucha is now considered to be one of the five most powerful executives at Disney. The Force is clearly with her.