Co-Winner: AT&T - Through the Eyes of a Phone - It Can Wait 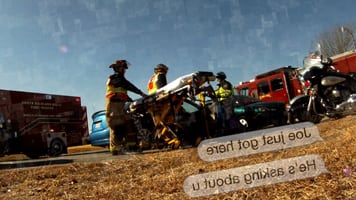 AT&T and FleishmanHillard teamed up to produce an emotional video that realistically depicts a texting-while-driving accident through the eyes of a smartphone. Beyond the obvious production challenges of this approach, the producers also had to enlist the help of the police and fire departments and city officials in North Richland Hills, Texas, to re-create the scene of a texting and driving crash and what would actually take place right after the accident. AT&T donated $2,500 to the city for its help with providing the staff and emergency equipment.

AT&T and FleishmanHillard created a compelling communications program for the distribution and sharing of the video in an effort to support the broader “It Can Wait” campaign. Specifically, the team set out to maximize the number of embeds of the video into third-party content and the amount of shares on AT&T’s social and web channels.

The video was released right before the 2012 holiday season so that media would use it as a storytelling asset as they were reporting on holiday travel. It also was re-released in the spring of 2013 in connection with the release of survey results showing that business commuters also heavily text while driving.

The team engaged bloggers at all levels and journalists who would be willing to show the video in its entirety. And they were especially cognizant of targeting parenting bloggers who would be more likely to embed content, and as a result, the “Eyes of a Phone” video has been embedded in dozens of parenting and technology blogs. 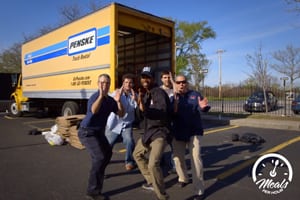 The objective of the Meals per Hour campaign was to generate positive word-of-mouth around Toyota’s ongoing commitment to knowledge-sharing and good works. Superstorm Sandy in late 2012 and its aftermath was a devastating disaster that put the Toyota Production System (TPS) to the ultimate test. The company’s goal was to aid the particularly hard-hit area of Far Rockaway in New York, and document the efforts in a way that would allow Toyota to share its knowledge on a much larger scale.

For the three-month effort, Toyota sent members of the TPS team to assist a key food distribution center in the Rockaways. In partnership with Food Bank for New York City, their goal was to share the TPS philosophy of kaizen, which centers on creating small changes over time to drastically improve efficiency, and would assist volunteers in providing more meals to more families, faster.

Toyota placed authenticity and great storytelling at the foundation of Meals per Hour, beginning with a campaign to enlist local influencers to partake in the effort themselves. The campaign was executed entirely within digital and social media, and required tight integration of paid, owned and earned channels. This channel strategy was designed to drive engagement with the content created for the program, which almost exclusively came from influencers on the ground in Far Rockaway.

Finally, to package the three-month effort in a compelling way, Toyota commissioned renowned filmmakers Supermarché (the team behind the film and popular MTV series “Catfish”) to turn Meals per Hour into a short-form documentary.