Winner: FleishmanHillard – AT&T’s It Can Wait: The Power of a Movement 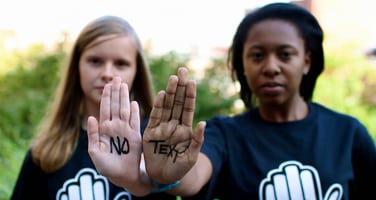 When does a corporate communications campaign become a social movement? When a company’s biggest competitor and rival calls to ask, “How can we join forces?”

That's precisely what happened in early 2013 when Verizon Wireless asked if it could participate in AT&T’s It Can Wait program—which seeks pledges from folks to not text while drive—to eliminate texting while driving. Suddenly, AT&T’s multi-year program was reborn as a social movement. Not only was it an objective to expand the It Can Wait message to new audiences in 2013 but also to bring in a host of additional organizations, including AT&T’s rivals in the wireless industry, to help spread the message. Why? Because a movement is accomplished through the voices and actions of many.

The 2013 It Can Wait program focused on getting the public and supporting organizations to not only take the pledge to not text and drive but to also go one step further and speak out to others about the issue, urging those who were unfamiliar with the campaign to put down their phones while driving.