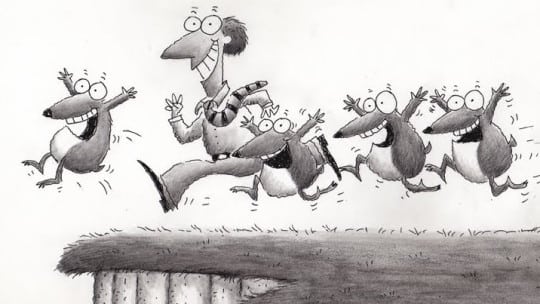 "Groupthink" is a 1984-flavored term that, at first blush, doesn't seem like such a bad thing: Thinking is good. Teamwork is good. What's the issue?

The issue is that, in the pursuit of harmony and minimizing conflict, people will often go along with the consensus of the group even if they have an alternative idea, or in more extreme cases, think the group's idea is a bad one. Thus, even without any explicit repression, the opinions of the minority—or even the less-vocal majority—are not heard or taken into account. This is the problem that the term "groupthink" was coined in 1952 to address—"a perennial failing of mankind," as coiner William H. Whyte, Jr. put it.

A real-world example of groupthink's effects was the space shuttle Challenger disaster, as Deborah Hileman, president and CEO of the Institute for Crisis Management, points out in the PR News Book of Employee Communications Strategies & Tactics. NASA's groupthink culture centered on the belief that a "can-do" attitude could accomplish anything, which was manifest in pressure felt by engineers at contractor Morton-Thiokol to button up their objections and warnings. The rest is tragic history.

Groupthink within your organization is not likely to lead to a disaster that large, but it could still lead you down the wrong path. It's important that employees feel they are not derailing things by offering their own opinions and ideas that run counter to prevailing sentiment. Groups can take steps to minimize the possibility of groupthink by following these suggestions from Hileman: