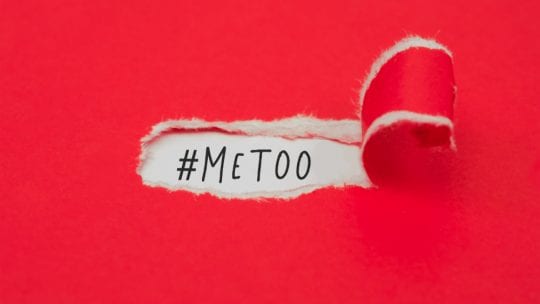 Time to add TikTok to the list of channels to monitor for #MeToo brand takedowns.

On July 8, recent college graduate Gracie Lorincz took to TikTok to call out Auburn Hills, Mich., beauty boutique Ava Lane. This was after Lorincz applied for a job as a sales rep there and mistakenly received an offensive email from  Chuck DeGrendel, a VP at Ava Lane.

Not a cute crisis

Now memorialized in Lorincz’s TikTok screenshot, the email was meant for DeGrendel’s wife, who is Ava Lane's co-owner. It asserted Lorincz “was not that cute” while questioning her worthiness for an interview.

In a video, Lorincz (user name: @ggggmoneyyyy) points out the irony of the brand’s stated core value: “Beauty through confidence.” The post, which as of this writing was viewed nearly 275,000 times on TikTok, went viral on multiple social platforms. Local and national publications also picked it up.

The incident illustrates the cost of a #MeToo communication crisis: Given the local news focus, the incident is bound to cut into Ava Lane’s bottom line and long-term reputation. Compounding the story’s virality is a call from TikTok users to issue low Google Review ratings to the outlet.

In response, Chuck DeGrendel, who wrote the offending email, offered a tearful apology on Facebook Live.

“I didn’t know why I did that,” he said and noted his words were “wrong on so many levels.”

In addition, his wife, Laura DeGrendel, issued a statement in the video. She claimed her phone number and address were published and some users directed threats against her children.

Tears aside, social media is an unforgiving place. The DeGrendels’ responses, which many might see as a playing-the-victim ploy, have not triggered sympathy from those commenting in myriad Google reviews that the boutique’s products are “not that cute.” Some users questioned the DeGrendels’ authenticity, with one Facebook commenter racking up 500+ likes for asking, “Would you have apologized if it didn’t go viral on TikTok?”

Helen Shelton, senior partner and global chief diversity/inclusion officer at FINN Partners, is not impressed with the DeGrendels' words.

"The response was not effective at all—it was emotional, when what was needed is clarity—a clear apology, and admission of inappropriateness," she says. "Crying made it worse and diluted what could have been an opportunity to acknowledge the irresponsible, unkind and, frankly, silliness of the original email."

Taking action (or not)

That response is a PR pro’s worst nightmare following a crisis-driven apology: the notion that the apology is coming as a result of being caught and not an indication of true remorse.

Jenny Wang, VP at Washington, D.C.-based PR and public affairs agency Clyde Group, says the moment called for a “non-defensive, heartfelt apology owning up to [the] action both to the applicant directly and via social media.” Wang calls such steps “the bare minimum.” She says it’s paramount for brands to acknowledge the actions they'll take moving forward.

Wang suggests the boutique should [promise] to review its hiring practices to ensure something like this doesn't happen again. “Are they vowing to engage a reputable third party for dedicated workplace or hiring training?” she asks.

Well, yes and no. Chuck DeGrendel claims he will remove himself from the company's hiring process, but doesn’t commit to any external engagement. On Facebook, he wrote, "In light of recent events and after deep personal reflection, I have decided to remove myself from the model hiring process at Ava Lana Boutique and all future hires for such positions at Ava Lane Boutique will be handled by our HR representative. I apologize again for what I said and to anyone I offended." (The boutique’s social media accounts have since been made private.)

Ava Lane is not alone. The incident is only the latest in a series of public allegations outing companies for harassment. Today (July 12) The Washington Post published an investigation detailing sexual assault, harassment and misogyny on the Virginia Military Institute campus.

More than a dozen current and previous female students anonymously spoke to the Post, sharing harrowing accounts of sexual harassment and violence. The story notes some progress—adhering to Title IX rules; consequences for some perpetrators, including the conviction and prison sentencing of one former student, Rodrigo Lopez, for aggravated sexual battery and breaking and entering.

However, VMI’s public response “declined to address whether Rodrigo Lopez’s prior Title IX cases were investigated by the campus police and why they did not result in criminal charges," the Post analysis found. The article also notes that between 2017 and 2019, VMI reported 14 rapes, twice as many incidents as rival institute The Citadel.

An outside law firm conducted an investigation into VMI’s handling of sexual misconduct and revealed shaky progress on the #MeToo front. A VMI’s spokesperson attempted to pull the bright spots from the report, “pointing to passages…where ‘many women expressed pride in VMI’ and in their treatment by male cadets and that praised the college’s handling of sex assault and harassment allegations,” according to The Post.

Clearly a PR misstep, this was likely not the moment for 'accentuate the positive' messaging. The data bears this out: In stark contrast to VMI’s PR response, 14 percent of female cadets surveyed “reported they’d been sexually assaulted at VMI, and 63 percent said another cadet had confided being sexually assaulted.”

In another talking point for the VMI spokesman, the law firm’s investigation also found the school’s policy around sexual assault was clear and easy to understand, and Title IX allegation responses “reflected a competent and compliant investigation and adjudication process.” In other words, the school has done some level of due diligence in adhering to its legal obligations—at least in writing.

As Wang notes, actions speak louder than words, and the women's accounts, ongoing sexist chatter on an anonymous social media app, Jodel, and the external law firm's findings paint a picture of an institution that implements rules barring sexual harassment and violence against women, but does not enforce them.

The running theme among both Ava Lane and VMI’s PR crises is a lack of public-facing accountability. VMI’s spokesperson’s cherry-picking the rosiest tidbits from the law firm’s investigation, like DeGrendel's apology, do not offer concrete steps for prevention of similar incidents. VMI’s reputation (and enrollment of female students) is likely to suffer; likewise, it’s hard to see a brick-and-mortar like Ava Lane bouncing back quickly after its negative viral moment.

Although the headlines in the last year have been been laser-focused on COVID-19 and racial equity workforce violations, the #MeToo era is far from over. "Progress has been spiked, then [slowed]," says Shelton.

Shelton adds that to avoid a hiring misstep like DeGrendel's, it is "imperative for brands to have clear policies...that are written, accessible and shared with all employees and appropriate constituents so that people understand that adherence is essential." Shelton also advises "workplace harassment trainings to take place on a regular basis for existing employees and also as new hires come on board."