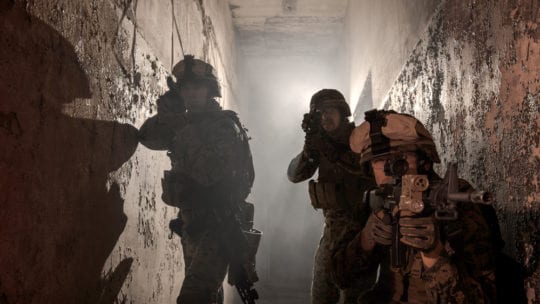 There are but a few professions where words matter more than in PR—law, academia, public speaking, politics, journalism and creative writing are some of them. During the weekend, several of those professions clashed over words regarding the death of Abu Bakr al-Baghdadi, the reputed leader and founder of Islamic State (IS).

Late Saturday evening, Oct. 26, news reports said that U.S. Special Forces had tracked al-Baghdadi in northern Syria, chased him from his home into a tunnel and prompted his detonating a suicide vest.

At 6:23pm ET that night President Trump tweeted that “Something very big has just happened!” Later that evening, the White House scheduled a 9am ET announcement for the next day.

During a news conference Sunday morning, the president confirmed reports of al-Baghdadi's death. He also added a wealth of information about the IS founder's demise.

While the president's words came under fire, The Washington Post, also took some heat. The Sunday headline for its obituary of al-Baghdadi read: “Abu Bakr al-Baghdadi, Islamic State’s ‘Terrorist in Chief,’ dies at 48."

PR often advises that companies own their errors, correct the mistakes, apologize sincerely, promptly and with a remorseful tone. Being as transparent as possible also is recommended. In addition, PR 101 says an investigation into how the error occurred and a plan to correct it should be shared with the public.

The newspaper took several of those steps Sunday, but omitted others. For some, its next headline for the obituary made things worse.

The “Terrorist in Chief” headline was changed to: “Abu Bakr al-Baghdadi, austere religious scholar at helm of Islamic State, dies at 48.”

Portions of the twittersphere went ballistic. How could the newspaper's header ignore al-Baghdadi’s reputation as perhaps the most-wanted terrorist in the world? tweeters tweeted.

The obit says al-Baghdadi was known for speaking softly and donning wire-rimmed glasses during his early days. At first, he also lacked knowledge of fighting and killing, the obit notes. Later, it discusses his development as a terrorist.

Criticism was quick from official Washington and former administration officials.

Stop, read this & think about it: last night a ruthless, brutal terrorist who threatened our country & is responsible for the death of American citizens was killed in a successful operation by US military & @washingtonpost described #Albagdadi as an “austere religious scholar” pic.twitter.com/Mjptm0Fa3Z

The headline also prompted Twitter’s creative forces to work, even on Sunday. They mocked what they saw as the Post's, er, austere, headline and treatment of al-Baghdadi. Some of the mocking tweets were cute.

Hans Gruber, self styled “exceptional thief“ who parlayed a classical education to become acerbic critic of America’s foreign-policy and “bankrupt culture“ dies at 44 from injuries sustained in a fall. #WaPoDeathNotices pic.twitter.com/WcyRq1PVuh

There also were tweets that hit harder.

Mao Zedong, who saved 20-45 million of his own people from having to suffer through the struggle of existence, dies at 82.#WaPoDeathNotices pic.twitter.com/4wwJqQqXp3

The bewildered headline writer or writers—we don’t know since the Post failed to be transparent about the process for writing and changing obituary headlines, particularly on weekends—altered the header again. As of the writing of this article, the headline reads, "Abu Bakr al-Baghdadi, extremist leader of Islamic State, dies at 48."

So, yes, the Post was monitoring social conversations—another PR best practice. It also recognized its error and made a correction.

Similarly, the Post apologized. Another good PR practice. The downside was that the apology was brief and lacked detail.  At 11:26 am ET yesterday, Kristine Coratti Kelly, a Post VP and communications general manager, tweeted an apology. "Regarding our al-Baghdadi obituary, the headline should never have read that way and we changed it quickly."

When? How? By whom? Those questions remain.

The Post could have scored points with a behind-the-scenes look at its headline process. How about a video? In addition, it could have accrued more PR points had it discussed a corrective plan for hasty headlines.

Had the Post explained its editorial process it might have been a teachable moment. In addition, some members of the public likely would feel closer to the newspaper and be part of the conversation. There are lots of messages here for PR pros.

Of course, with social media, nothing ever really dies. There are tools that allow you to see earlier versions of websites. As a result, everything is fair game, even the original, discarded headline. Communications pros should consider earlier headlines “live” and open to criticism.

More misery, though not for PR pros. There's also a bot that does nothing but follows edits of NY Times' page 1 stories.