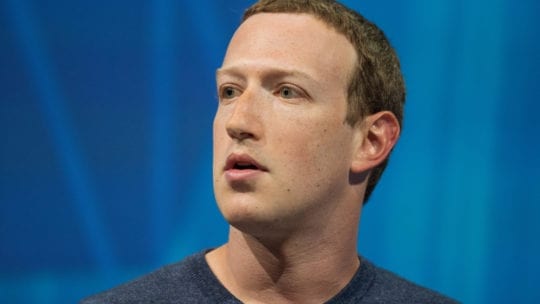 Government regulation can play a very serious role in defining industry standards. Until recently, many digital companies operated with the panache of the Wild West. Because they were not creating a physical product to hold in your hands, get behind the wheel of, or ingest, they could blissfully create in a world free of big brother watching. Companies raked in the profits, regardless of the users whose privacy they compromised in the process.

Transparency and knowledge are power for the modern consumer. Many do research before making physical purchases, but with the ease of tapping a button on a mobile phone, many users do not take the time to read the guidelines before using an app or signing on to a new social platform. While initial responsibility lies within the user, companies also need to make their processes and user agreements easily available and understandable.

With no one holding Facebook accountable behind the royal blue doors, the company found ways to sustain itself and please investors with profits. Profits, some have said, acquired by selling out the private information of its biggest fans, the users, to advertisers and eventually more hostile foreign powers.

This week, the United States government made an example of Facebook. While regulatory punishments began circling tech companies overseas in the past few years, the U.S. has only just begun a commitment to laying down the law.

The New York Times reported Facebook receiving a record $5 billion fine from the Federal Trade Commission in regards to “deceiving users about their ability to control the privacy of their personal data.” Facebook also received a $100 million penalty from the Securities and Exchange Commission for neglecting to inform investors about the risks of utilizing private data.

To top it all off? The FTC ordered Facebook to hold themselves accountable and increase transparency surrounding data practices by creating a privacy committee. The FTC believes the privacy committee will increase the number of people to make decisions regarding user privacy, so Mark Zuckerberg, chief executive officer, will receive council and not be solely responsible.

The buck doesn’t stop with Facebook. FTC chairman, Joseph J. Simons said the ruling “will provide significant deterrence not just to Facebook, but to every other company that collects or uses consumer data.”

Don’t Wait to Be Regulated

The Facebook decision provides a lesson for not only tech companies to learn from, but enhances the importance of traditional public relations practices for any company. One person can never make all of the decisions. It’s always good to ask questions and think about the needs of those impacted by your product or services first.

Data is everywhere, and because of these rulings, users are becoming more savvy onto where and when their data is being used. More apps and phones are recording facial recognition details (we see you, FaceApp) that not only acquire data about your location and demographics, but also harness individual details regarding likeness and movement.

While a company or creator may not harness malicious intent, we now live in a society where hackers can easily find access to the most important information in any system. And it’s up to organizations to own their responsibility by providing clear, transparent information to users about their use of private data, while protecting their customers and routinely revisit security and procedures. It’s the responsibility of companies to research who they are partnering with and shield their community from any harm or ill-will.

Don’t end up like Facebook. Create a proactive strategy regarding user data and privacy issues that sends a message of trust to all who support you. Come to think of it, maybe your own privacy committee isn't a bad idea.