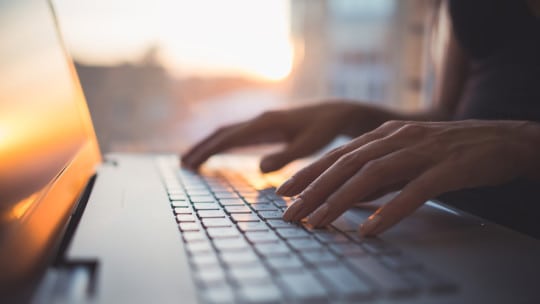 Whether it’s a press release seen by thousands or an email seen by one, a PR pro's goal is to make every piece of writing concise, impactful, polished and clear, said Sid Orlando, managing editor of curation and content at Kickstarter, at PR News’ Writing Workshop.

“Regardless of what form you’re writing—fiction, nonfiction, whatever it is—good writing is clear, the content is strong, it’s nicely stylized, it’s structured in a way that makes sense and it’s economical, “ Orlando says. “The biggest thing I could recommend is to put yourself in your recipient’s shoes and your work will improve immediately.”

While every writer has their own blind spots, there are several common pitfalls to keep in mind when crafting any communication.

Good writing is economical, but one of the most common mistakes is using too many words. Remember, you want to get to the point quickly; the less work a reader has to do, the better.

“Always ask: Do I need this word?” Orlando says. “Get rid of repetitive language, unnecessary words and excess characters.”

To be concise, it’s important to use an active voice as much as possible. Using a passive voice makes a text less impactful and forces the reader to work harder. The active voice is much more powerful and smoother. Here are two quick examples:

Passive: The presentation will be given by Sid.

Active: Sid will give the presentation.

Passive: There are two awards received by a notable actress.

Simply put, less is often more. It’s critical to nix anything redundant, including redundant pairs such as "future plans," "sudden 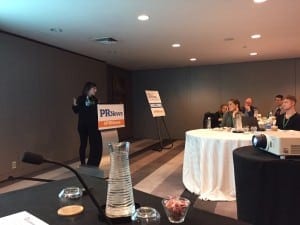 Also, words like "basically," "currently," "specific" and "different" are often used unnecessarily, such as in the sentence “Two different women were hired.”

One tip to improve the flow and readability of your text is to proofread out loud, Orlando says. You’ll be surprised how much this simple step can expose a copy’s weaknesses.

Nothing can sabotage a press release like bad grammar and punctuation. Some of the most common mistakes involve dashes, semicolons and commonly confused words.

You’ll also need to confront the dreaded semicolon if you want to sharpen your punctuation skills. Semicolons create a bond between two connected sentences, such as "We fell on hard times; he offered little sympathy." Semicolons can also be thought of as “super commas” when presenting a list, as in: “I watched the "Sopranos," an HBO drama; "Chopped," a cooking competition; and the nightly news.”

Finally, watch out for words that are often confused for each other including they’re, their and there; your and you’re; its and it’s; than and then; affect and effect; and accept and except.