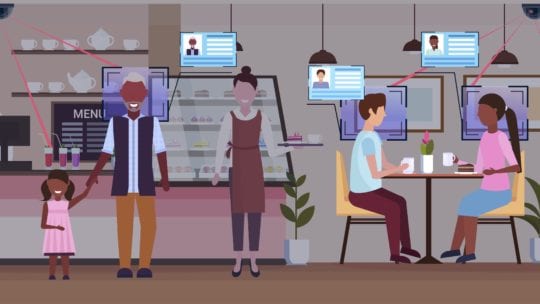 As racism in law enforcement moves from an issue of civil disobedience to one of public policy, IBM, Amazon and Microsoft said they'll limit police use of their facial recognition offerings. Apparently, each company's stance responds to the Justice in Policing Act. Introduced this week in the House, the bill calls for sweeping law enforcement reform.

Earlier this week, IBM (June 8) and Amazon (June 10) said they will pull back from facial recognition technology contracts with law enforcement. The use of machine learning technology that detects faces has come under renewed scrutiny for racial bias. Law enforcement agencies have long pursued facial recognition tech to trace criminal activity. However, the technology is known to be flawed, particularly when applied to the faces of non-white individuals.

As several articles note, Microsoft had, until today, been quiet on the issue. While Microsoft’s silence would have been deafening had it continued, being third out of the gate likely has not helped the brand win public support.

Microsoft’s late arrival is all the more striking given the company came under fire for racial bias in its artificial intelligence software this week. On June 10, The Guardian reported that an article on Microsoft property MSN.com, featuring singer Jade Thirlwall—a mixed-race member of British pop band Little Mix—included a photo of bandmate Leigh-Anne Pinnock, the other woman of color in the group.

Microsoft’s robot editor, the AI replacement for hundreds of journalists laid off as a result of the pandemic, chose the mislabeled photo. Responding to concerns about wider ramifications of racial bias in the company’s facial recognition software, a Microsoft spokesperson told The Guardian, “As soon as we became aware of this issue, we immediately took action to resolve it and have replaced the incorrect image.”

Fearing for their jobs, communicators employed as copywriters or editors should note the MSN.com AI snafu. Media properties from Reuters to The New York Times have adopted the technology. The gaffe indicates AI cannot yet pass the litmus test, whether for published content or in a dire and immediate criminal justice context. And with racial bias at the forefront, a human touch should be of utmost importance in all communication, written or visual.

Pulling Back on Facial Recognition

Civil liberties organizations, with the American Civil Liberty Union at the helm, have worked to protect Americans from surveillance measures that could lead to wrongful arrests and prosecutions. They successfully blocked a recent California bill that the advocacy outfit says would allow employers and health insurers to use facial recognition technology in recruitment and services rendered.

IBM was the first to the facial recognition-withdrawal finish line.  In a June 8 letter to Congress, CEO Arvind Krishna wrote that IBM will no longer offer general purpose facial recognition or analysis software. Krishna went on to state IBM’s firm opposition to facial recognition technology offered by “other vendors” for mass surveillance, racial profiling, violations of basic human rights and freedoms, or “any purpose which is not consistent with our values and Principles of Trust and Transparency.”

Line in the Sand

The “other vendors” language is key: As a barely-veiled reference to Amazon and Microsoft, who compete with IBM on several fronts, the letter dared each company to take a similar stance and pull out of the facial recognition game. Amazon and Microsoft took up the mantle, albeit trailing IBM by several days—a period that often appears much longer in the 24/7 news cycle.

Krishna’s open letter is a solid instance of brand advocacy on a topical issue. The missive raised law enforcement reform arguments with government officials. It is a concrete step as opposed to posting black-on-white or white-on-black text on social media in solidarity with the Black Lives Matter movement. The latter approach, barring any further action from a corporate entity, is widely seen as “formulaic,” according to Fast Company’s Elizabeth Segran (not to mention legions of social media users fatigued by such repetition).

Drilling down to specific action items, Krishna expounds on the importance of workforce development in racial equity, touting IBM’s efforts in “new-collar” jobs that do not require traditional four-year college degrees, as well as offering youth access to technical education.

In addition, he argues for expansion of eligibility for Pell grants. This is in stark contrast to Microsoft’s statement following the MSN.com debacle, which makes vague mention of “taking action to resolve” the issue. Microsoft said that the offending photo was removed, without making commitments around the larger issues of surveillance and its software dealings.

Amazon, a brand not commonly associated with social responsibility, trailed IBM’s announcement by two days. On June 10, it stated that it would be halting facial recognition contracts. The company, “by far the biggest” purveyor of AI tech to the police, according to TechCrunch, said it would put a one-year moratorium on police use of its facial recognition software, Rekognition.

At just 102 words, its statement is far less verbose than IBM’s letter, but the parameters of the commitment are clear. Critics, though, will certainly call for a lasting moratorium. Still, as the same article points out, the company fails to note whether its existing federal contracts will still stand.  Amazon subsidiary Ring has partnerships with more than 1,300 police forces in the US, per CNN.

Last to the Gate

Microsoft was last to the finish line, issuing a statement today. In a Washington Post exclusive, Microsoft president Brad Smith said the company would not sell facial recognition software to police departments until the federal government issues clear regulation around use of the technology. In Smith’s defense, he wrote an article in 2018 warning the technology was a Pandora’s box of civil rights violations that required urgent government action. It is unfortunate that Microsoft’s PR team did not unearth the document before press time.

Much like the battle at the federal level between social media networks and elected officials, the regulation of surveillance technology may not be as swift as police reform advocates might wish. Reading between the lines, Amazon and Microsoft’s messaging essentially passes the buck to the feds—which may take long enough to regulate the use of facial recognition that the technology remains lucrative for all three firms, despite limiting additional sales at this time.