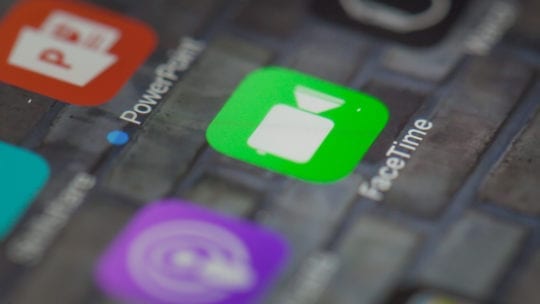 One of the most difficult decisions for communicators and the organizations that employ them: do you react to a situation or remain silent?

Saying or doing nothing might keep a small issue on the back burner, assuming that the issue remains small. The thinking in this is, if the issue is small and corrected quickly, why make more out of it? There’s no need to alert the press and various stakeholders over something small, right?

Not every issue is a crisis, either. Some PR pros feel are several levels of escalation before a risk reaches crisis levels. Many PR pros use a rating system with three levels: issue (low level, may or may not require a statement), problem (more significant, a statement is probably warranted) and crisis (fast action required).

The Importance of Listening

For situations that fall short of a crisis, the PR 101 playbook urges communicators to engage in social listening. “One of the best things you can do in a potential crisis situation is to understand the lifespan of a conversation,” says Taco Bell's PR and brand engagement manager Matt Prince. “Many times the knee-jerk reaction of a brand is to react when it hears or sees something; it then issues a statement...Other times it’s best to sit back and do due diligence and say to yourself: ‘Is this conversation rising? If so, we need to be prepared with a statement and action to follow. Is the conversation declining or remaining steady? If so, probably the worst thing we can do is come out with a statement. That will just exacerbate the issue.’”

On the other hand, avoid reacting to an issue that eventually becomes a crisis and you risk getting badgered in the court of public opinion. When something rises to the level of a crisis, communicators best act quickly and decisively.

Hill + Knowlton Strategies crisis lead Kevin Elliott summarizes the situation well when he says, “If you treat a crisis like a bad day, you’ll make it worse. If you treat a bad day like a crisis, you’ll turn it into one.” [Elliott is one of the speakers featured at PR News' Crisis Summit in Miami next month.]

On Monday Apple issued a brief statement to the press, admitting it was “aware” of a bug in its video-calling application known as FaceTime. The company “identified a fix that will be released in a software update later this week.” That’s the extent of Apple's statement.  [See update at the bottom of story.]

The issue with the bug is that it allows people to hear you even if you fail to answer your FaceTime call. It’s akin to having your phone bugged, no pun intended. Some media outlets are reporting it’s also possible the bug lets people see you via your iPhone’s camera. Again, you, the iPhone user, are unaware that someone is watching.

We’re unsure about the precise communications strategy that Apple is using regarding its FaceTime bug. It seems the phrase ‘the less said, the better’ fits. No doubt Apple and other brands have used this tactic previously. As noted above, sometimes this is the right way to go.

A glance at Apple’s media page earlier today failed to unearth anything about the bug. Meanwhile, its System Status page showed that there’s an issue with FaceTime and that group FaceTime is disabled (more about this below). Unfortunately, there’s nothing else on the site regarding the bug.

Governor Andrew Cuomo called the bug “an egregious breach of privacy” in a consumer alert issued to New Yorkers Monday.

Almost needless to say, social media has reacted to news of the bug. Some posts were less humorous than the one below.

Imagine hanging out with your boyfriend and your husband calls on FaceTime with the new bug. pic.twitter.com/rUFEvxZxQh

Making matters worse, part of Apple’s reputation is centered on jealously guarding—yes, you guessed it—the privacy and data of its users. CEO Tim Cook is an icon of the data-protection crowd. In fact, Jan. 28 was Data Privacy Day. Accordingly, Cook took to Twitter to espouse the importance of data privacy.

We must keep fighting for the kind of world we want to live in. On this #DataPrivacyDay let us all insist on action and reform for vital privacy protections. The dangers are real and the consequences are too important.

Siri to the Rescue?

Apple certainly moved quickly to acknowledge the bug. And in an unprecedented move, it's also disabled group FaceTime. Apple deserves kudos for the swift acknowledgement and the technical move.

But the tone of a brand’s response is important, too. Apple’s brief statement seems cold and aloof. Perhaps its voice-assistant Siri composed it.

In addition to tone, a crisis response needs to have a bit of meat on its bones. A few more words could have made it clear that Apple regrets any inconvenience the bug caused or is causing customers. And speaking of customers, how about sending a note to customers concerning the bug's existence? Isn't it better to hear about the bug from Apple than to learn about it from a CNN story?

Update, Feb. 1, 2019: Apple today delayed the bug fix until next week. It also added a bit of heart to its apology, initially releasing a statement to the publication 9to5Mac. Here is the entire statement:

“We have fixed the Group FaceTime security bug on Apple’s servers and we will issue a software update to re-enable the feature for users next week. We thank the Thompson family for reporting the bug. We sincerely apologize to our customers who were affected and all who were concerned about this security issue. We appreciate everyone’s patience as we complete this process.

We want to assure our customers that as soon as our engineering team became aware of the details necessary to reproduce the bug, they quickly disabled Group FaceTime and began work on the fix. We are committed to improving the process by which we receive and escalate these reports, in order to get them to the right people as fast as possible. We take the security of our products extremely seriously and we are committed to continuing to earn the trust Apple customers place in us.”