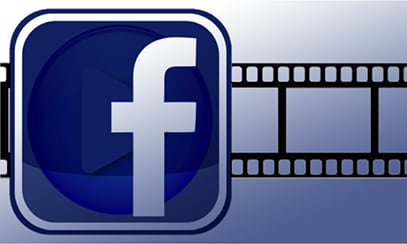 Facebook wants to be your go-to source for video content. To that end, the social media giant has made and plans to make a number of enhancements to its platform that will make video content more dynamic.

Lisa Arledge Powell, president at MediaSource and featured speaker at PR News' Visual Storytelling Boot Camp in Huntington Beach, CA on February 25, shares some thoughts on features that communicators should learn about on Facebook video.

LIVE: This is one of the biggest advancements in Facebook video. In August 2015 Facebook rolled out the ability for public figures to go live from the mobile app, and this recently opened to personal accounts. In the future, this could open for brands. After the success of Periscope and Meerkat, it’s not surprising that Facebook would jump into the game as well.

VIDEO PLAYLISTS: This isn’t the newest feature, but it’s one that isn’t getting used to its full potential. Brands can create playlists that can play a series of videos. This gives an opportunity to expand content reach and put that content in front one of the most valuable demographics: Consumers who actually clicked on one of your videos.

VIDEO SECTION: The next big addition to Facebook after the incorporation of its news feed is going to be a video section that displays all new videos. If you’re thinking this sounds a lot like YouTube, you’re correct! It’s not hard to figure out that Facebook is targeting the major video players. Facebook is working to take advantage of its huge user population to become the leader in all things video...especially mobile video.

STYLE OF CONTENT: This isn’t a direct change from Facebook, but rather a change we will see from brands adapting to changes on Facebook. With the increased importance of video on Facebook, more brands will use editorial strategy and storytelling. This is only natural with the growing importance of shareability.