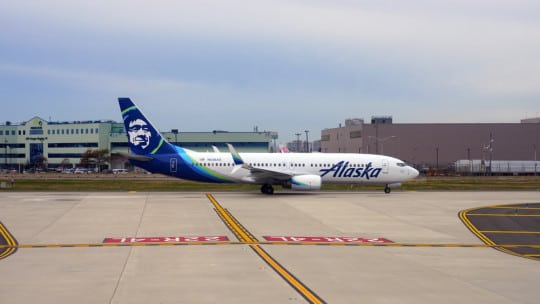 There are some crises that can’t be predicted.

On the night of August 10, an Alaska Airlines employee reportedly stole an empty Q400 jet belonging to Horizon Air, an Alaska Airlines subsidiary. The employee, now identified as Richard Russell, flew the plane for approximately one hour, performing flips and so-called barrel rolls while communicating with an air-traffic controller who tried to convince him to land the plane (a recording of their conversation was released to the public following the crash).

Russell instead explained that he was “just a broken guy, got a few screws loose, I guess—never really knew until now,” before crashing the plane on a small island in the Puget Sound. He was the only casualty.

Several airlines have been in the news recently for crises, many of which were criticized for how the situations were handled. Alaska Airlines and its subsidiary Horizon, however, seem to have learned lessons from these situations, as its communication surrounding this tragic incident was quick, measured and informative.

Here are some takeaways for communicators from the Alaska Airlines situation:

Crisis response is a 24-hour job

After the incident, Alaska Air began posting updates on its blog at 9:32p.m. PT to let the public know it was aware of the incident and would post information as it became available. Horizon Air COO Constance von Muehlen released a brief video statement at 10:55 p.m. PT addressing the situation and expressing condolences to Russell’s family. And at 1:20 a.m. PT on August 11, Alaska Air Group CEO Brad Tilden and Horizon Air CEO Gary Beck released statements reiterating that more information would be shared when possible. A press conference was held the following morning.

Never assume statements about late-night crises can wait until daybreak. Ashley McCown, president of Solomon McCown, says it’s clear there was a coordinated effort between Alaska and Horizon, and the companies were clearly taking into account not just West Coast media but also East Coast media, who might be waking up early to search for stories when statements were released throughout the night. Share information as soon as you have it, no matter what time it is.

Get ahead of wider concerns

This will vary, but it’s important to be aware of general concerns surrounding your industry when addressing a crisis. With airlines specifically, fear of terrorism is a specter surrounding reports of any plane crash, and the airline—in conjunction with the Pierce Country Sheriff’s Department that investigating the crash—quickly released statements assuring the public this was not the act of a terrorist.

Follow this thread for official info. This is not a terrorist incident. Confirmed info .. this is a single suicide male. We know who he is. No others involved.

It was also explained early there were no passengers on the plane or other people harmed. Russell’s security clearance was also confirmed, allaying fears that a stranger could walk onto the tarmac. Alaska Airlines demonstrated an understanding of how many members of the public perceive the airline industry; it did everything possible to assuage those fears from the start.

As Eliot Hoff, executive director at APCO Worldwide, told PR News, “The most important things the airline did was not to jump to conclusions, 'stayed in its lane' and let the proper authorities do their job and communicate about the incident.” During a challenging situation like this, it may be tempting to give copious details about the incident in your initial statements, even if those details have yet to be confirmed. Follow Alaska Airlines’ lead and avoid sharing specifics about an incident until you are certain of the facts. It’s better to acknowledge the situation and say you will share more details once available then to have to walk back statements later.