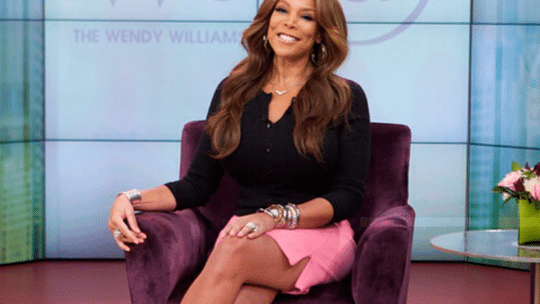 Whether you’re a seasoned PR pro or just entering the market, one thing’s for certain: “Your network is your net worth.”

As PR pros, we know that a large part of our job is to consistently garner coverage for our brand in the media. Whether through traditional or digital mediums, television, radio, print, online or increasingly social engagement, the placements we secure are the measurement of our success. More often than not much of our work is done on a limited budget.

We can craft the perfect pitch to the editor of the top paper we pulled from a list on Cision. Or we can have a great product to talk about and the hottest celebrity endorsement. Still, we can miss out on getting coverage for that top hit. Media members are inundated with pitches. There’s no guarantee yours will be chosen.

The Goal and Challenges

Let’s say one of your goals is to gain national exposure for your brand. With a small budget and countless other brands vying for attention, how can yours break through?

This was the issue facing Mexico-based Palace Resorts, a chain of luxury, all-inclusive properties that had taken the biggest step in its 30-year history by breaking into the Caribbean market. The launch of Moon Palace Jamaica Grande in Ocho Rios was the brand’s first resort outside of Mexico.

Resorts has a strong reputation in the Mexico market, it was less known among Jamaica travelers. How could it engage a new demographic of travelers and gain exposure for its Jamaica endeavor?

Research showed moms are the primary decision maker when it comes to travel. The goal became exposing the new resort on a nationally syndicated morning program with a heavy stay-at-home moms following. Oh, and to do all this on a minimal budget. Unless you’re working with plenty of marketing dollars, which, let’s face it, is rare for public relations, this goal represented an uphill climb.

It was decided to use relationships, some new, others established, in creative ways to accomplish the brand’s goal. To begin the project, Palace Resorts turned to good, old-fashioned networking. Eventually the brand landed national placement on The Wendy Williams Show, one of the most popular talk shows on daytime TV, averaging 2 million viewers. (We’ll provide details on how this was done below.)

Working with the show’s producers, Palace Resorts was given space on Wendy’s Wheel, where viewers call in for a chance to win a trip or other prizes. Palace Resorts was featured in 20 segments during a month-long promotion. In addition, the promotion was held during sweeps, the ratings period when networks heavily promote their shows in hopes of gaining higher ratings.

In addition to the television exposure, the brand garnered significant social media integration throughout the entirety of the promotion, including posts on Wendy Williams’ Twitter account.

Palace Resorts promised to provide hotel accommodations for the wheel winners and guests, as well as airfare. Here was the second challenge, though. The potential for 20 winners and 20 guests meant 40 plane tickets. At an average of $500 per ticket, the brand was looking at an investment of at least $20,000. Our budget was unable to handle this cost.

To overcome this financial challenge, Palace Resorts again tapped into its relationships.

The brand reached out to the Jamaica Tourist Board (JTB), which had been a supportive and enthusiastic partner since the brand entered the Jamaica market. After several discussions with the JTB’s communications team, it became Palace Resorts’ official partner for the Williams show giveaway promotion. The show’s producers agreed to integrate JTB’s branding. In return, JTB handled the airfare, allowing Palace Resorts the opportunity to successfully execute the month-long promotion with just accommodations costs.

The result of Palace Resorts’ strategic and long-fostered relationship with the JTB was critical in gaining inclusion on a nationally syndicated morning program. In the process, the brand nurtured its existing relationship and created synergies between itself, the Jamaica Tourist Board and The Wendy Williams Show.

How did Palace Resorts build these relationships? It was easier and more low-tech than you might think.

“Location, location, location” applies to real estate but also to PR. Palace Resorts’ PR base in New York City gives the brand the competitive edge of being in a media center. Each day in NYC offers the opportunity to make the next connection. You must be willing to invest the effort, however.

As the brand’s PR director, I build connections by attending every relevant industry event I can possibly cram into my schedule. From mixers and panels to conferences and seminars, every opportunity for networking is a chance to create a relationship.

The Wendy Williams connection was forged during an event in NY that invited publicists to meet with talent bookers of national television shows. Attendees had the opportunity to listen to a panel on how they book talent for their respective programs, what they look for when booking talent, and the best way to pitch them.

Palace Resorts, a hotel brand, is not considered talent. So you’re probably wondering how the connection was made.

Following the event, I made my way to the talent booker for The Wendy Williams Show. I introduced myself and asked her if the show was open to doing trip giveaways. While she didn’t handle that aspect of the show, she was kind enough to put me in touch with the promotions producer. After a few emails, a conference call and a coffee meeting, we were on our way.

As luck would have it, sweeps were just around the corner, and the show wanted to do something big to generate large viewership numbers. Who wouldn’t love a free trip to the Caribbean when it’s freezing in most of the Northeast? It was a match made in PR heaven.

Nurture and strengthen your relationships; these are the keys to success. The Williams promotion would not have come to fruition had we not been cultivating our relationship for months with the JTB. Ultimately the opportunity would have not been presented had we not built those relationships with the producers and made it clear we wanted to help them. When you make it a priority to help others accomplish their goals, you set yourself up for future collaborations. Brands will want to work with you because they know you want to help them succeed.

Utilize your resources and take advantage of what’s going on around you.I can’t stress this enough. Join professional networks, participate in local events, invest time in your professional development, take courses and attend conferences. In this case, it took being persistent in making the contact following the panel, getting the contact to listen, and capitalizing on its needs (offering trips to a warm destination during winter sweeps). The result was two brands joining to create major buzz.

Be quick and responsive. Once we had the producer’s interest, we had to turn over legal contracts, collateral materials, video footage, logos and images, and we had to hustle. Don’t pitch a national TV show if you lack the materials needed, such as high-resolution video, at your disposal. Ensuring you have these materials beforehand will allow you to move quickly and efficiently when you land that spot.

Deliver results for the brand and your partners. Make sure you have the proper team to execute once the promotion goes live. Once the trips were given away, the brand needed to ensure its team could seamlessly work with the JTB to get these trips booked quickly. You don’t want angry winners complaining about a lack of response, speed of booking or a bad experience when redeeming their prize. That makes the show look bad, and is a surefire way to ensure you are not invited to return. “[Palace Resorts] was easy to work with, able to make a quick turnaround, understands our needs, and provides a fabulous product,” Bass adds.

Show the value of your work. Your executive team will be thankful that you did due diligence in getting the brand exposure and that in the process, you saved thousands of dollars while garnering a lot of publicity. Merchandising your efforts demonstrates a consideration for the company’s investment, and an ability to leverage your relationships so that you can work within a budget. Priceless.