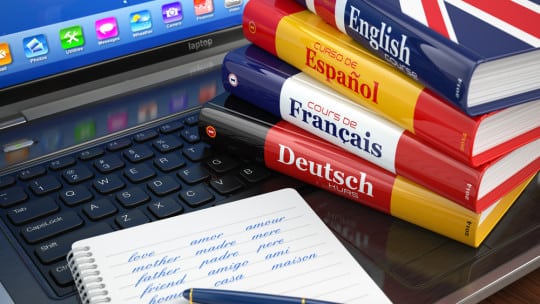 You’re a communicator at a tiny company. Almost nobody knows the brand. And you’re based in New York City, a place where bigger often is perceived as being better. The founder of your company, which was started in an apartment, wants you to get the brand to rank high—number one, if possible—on Google search pages. Oh, and you have about $500 in your budget.

Certainly communicators can identify or at least empathize with some elements of your story or your entire situation. This was where Mandy Menaker found herself several years ago; she's head of PR and brand development at Shapr now. The company she worked for then was Fluent City, a language school in NYC. Menaker appreciated how difficult her situation was, going up against large, well-known language schools and online language programs.

How to get noticed? “We wrote a blog,” Menaker said at PR News' Google for Communicators Boot Camp in New York on Nov. 17. I know what you’re thinking: Another blog? How did that break through the clutter? The short answer is: by using keywords and Google Analytics smartly. Think about what your audience is interested in and write about it. Equally important: Create compelling content, and write for people, not machines (SEO and SEM), Menaker says.

Be Smart About Your Potential Customers: Fluent City knew its potential customers included people who were interested in learning foreign languages in New York. But it also included people in NYC who were interested in things related to foreign languages, such as foreign food and foreign films. As a result the Fluent City blog contained compelling articles about, for example, the six best Russian restaurants in NYC.

Before writing that article, though, Fluent City searched Google to find out if there were other articles about top Russian restaurants in the city, Menaker says. “We didn’t find any.” Bingo.

Another regular practice Fluent City used was checking Google Analytics to inform its content strategy, finding out what people were searching for that related to foreign languages. In addition it put keywords into Google without clicking, so it showed the history of the word being searched. It also checked Google to avoid repeating articles that already existed. For example, people love listicles, Menaker says, so it planned to write “8 Tips to Speak Russian Better.” It found through Google, though, the article existed elsewhere. Fluent City then wrote “10 Tips to Speak Russian Better.”

Classify Your Content: While planning its editorial strategy, Fluent City also divided its content into evergreen and seasonal. Evergreen content could live for a long time on the site, such as the Russian restaurant article. Seasonal content examples include articles such as “10 Foreign Films You Need to Add to Your To-See List.” Leading up to the Oscars, Fluent City posted an article about a bottle of imported wine paired whose characteristics worked well with each of the top film nominees. Ever the conscientious blogger, Menaker assures us she tasted all of the wines.

Don’t Lose Your Momentum: Many small brands fall into the trap of launching a blog and failing to realize that it’s a living thing, which requires consistent care. In the case of a blog, care means posting fresh content regularly. The Fluent City blog had at least one new entry each week. Fluent City helped itself in this regard by holding events with speakers. Those events not only raised awareness of the brand but they became content (articles and images) for the blog, she says.

Know Your Goal: While great content is important, Menaker says it’s also crucial to remember “your goal is to convert clicks into customers…not just have people searching your site.” Never miss a chance, therefore, to offer people a chance to sign up to receive more information (and possibly convert them to customers).

The Results: When Menaker arrived at Fluent City it had 2,000 students. Within four years of the blog being launched, Fluent City had 23,000 students, and a very well-read blog.