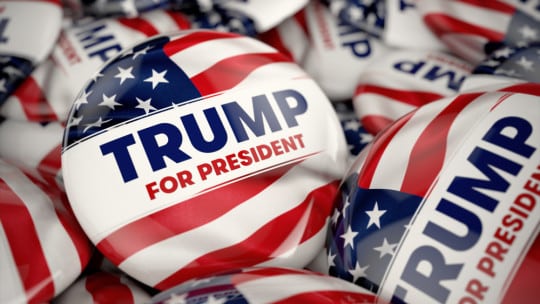 Well before Tuesday, Nov. 8, brands knew that this was an unusual presidential election. Its surprising conclusion in the early hours of Wednesday morning confirmed that thought many times over. Obviously there are so many emotions to deal with and questions to answer; however, this brief essay will confine itself to the election’s implications for brands and PR.

What Do Brands Do Now? The traditional PR playbook says that brands should be apolitical. Long before Americans began thinking about election 2016, though, several pages from the traditional playbook were deleted. One of the deleted pages held that brands exist only to make money. Customers feeling good about your brand experience was nice, but certainly not an imperative. Profits ruled.

Today, however, “there’s an expectation that [brands] stand for more” than profits, Allen Shapard of APCO Worldwide says in this week’s edition of PR News Pro. Much, but certainly not all, of this larger-than-profits expectation is a millennial-driven phenomenon.

As such there were brands that injected themselves into the campaign. Several brands blasted President-elect Donald Trump’s stance on immigration, for example. One brand took offense withTrump's choice of words when discussing immigration issues. In another example, more than a few brands decried Trump’s comments, caught on tape prior to an interview with "Access Hollywood," about his right as a celebrity to take liberties with women. At least one brand tried to inject levity into the presidential debates and was met with rancor. An iconic brand attempted to promote unity and took a few whacks on social media for its trouble.

Back to our original question: What do brands do now? The simple answer is if they believe their positions were true to their brand values, they remain authentic. The last thing a brand wants to do is back off a position it’s taken, Shapard says, and have consumers wondering what the brand stands for. Remember, brand values and missions were carefully crafted, evolving over many years. That’s far more time than a political campaign cycle. As such, it’s unwise to abandon them quickly, Stephen Payne of Feld Entertainment, says in PR News Pro.

The good news is that the public tends to respect brands that stick to their values, particularly when they are defending the dignity of women and minorities, Shapard says. And note that roughly half the electorate voted for a candidate whose views clashed with those of the president-elect. If you’re a brand, there’s nothing wrong with having 50% of the market agreeing with your political viewpoint.

The other thing to understand is related to political history. Promises made and positions taken in presidential campaigns often are just that—campaign promises and positions. Many fall away when the practicalities of governing take over. It remains to be seen how many of Trump’s campaign promises become reality. Will he prosecute his opponent? Unlikely. Build a wall to block immigrants from entering the U.S.? Maybe not. Recall that one of the key promises President Obama made during his first presidential campaign eight years ago was that he’d close the detention center at Guantanamo Bay during his first week in office. Didn't happen.

Who Needs the Media? This is another issue for brands to mull in that most of the so-called media experts got the election wrong. The election was almost another "Dewey Defeats Truman." This knocks media down several more steps from where it was positioned going into Tuesday.

Another point, Trump, in part a creation of the media, ran almost as much against the media as he did against Hillary Clinton. “I’m not running against Crooked Hillary,” he said during the campaign. “I’m running against the crooked media.” Indeed  when he was accused of failing to give a promised donation to a veterans' group, instead of attacking those who made the charge, Trump turned his ire toward what he called the irresponsible and incompetent political press. During the campaign he promised to weaken libel laws and investigate big media mergers, such as Comcast-NBCU. Through last week he claimed the media was biased against him. While Trump's promises to smack the media might ring empty when he moves to 1600 PA. Ave., NW, (see above bullet point), one could argue about half the electorate, maybe more, agrees with his anti-media views and in theory he has two houses of Congress on his side.

Who Needs Polling? A corollary to the above concerns polling and research. Both disciplines received black eyes Tuesday for their poor performance calling the election, admittedly a tough one to predict. More than that, however, Trump noted often that he eschewed polls and didn’t need them. (He changed his tune later in the campaign.)

While we’re not advocating that brands junk research and polling, we are saying the election provided a sobering if obvious lesson: If you will be using polling and research it’s wise to make sure both are done well. In late October Doug Usher wrote on this site, “Asking questions on a survey is just one step (and not the first one). Have you identified the opportunities and challenges that are behind the project? What are the key insights you need to know to move forward? When you think ahead to the numbers you’ll receive, will you be able to generate usable, actionable insights, or just have a printout of numbers that sit on the shelf?”

Who Needs to Apologize? Moving from brands to PR and communications generally, the success of Trump can be ascribed to his refusal to apologize. True, he apologized about his "Access Hollywood" comments about women, but few other attacks on him were responded to with apologies. Most were met with attacks on the attacker. As such, Trump again nearly by himself destroyed a chapter in the PR 101 playbook that urges brands, corporate and personal, to own up to mistakes. As John Roderick wrote in a provocative essay in PR News Pro last month: “The public apology is dead. Long live the indignant counterattack.” Again, we’re not saying brands should cease apologizing when criticized; however, in the rare case when an offensive is authentic to your brand or your CEO, it might be worth considering.

Who Needs Scripts and Messages? Scripts and messaging, two of the mainstays of corporate communications, also took some hits Tuesday. The President-elect allegedly spoke from the seat of his pants more than he stuck to a script or stayed on message. Those tactics were authentic to him and arguably were among the keys to his victory. At least that’s what we’ve been led to believe about the President-elect, who, perhaps not coincidentally, seemed to surge in the past few weeks because he stayed on message. We’ll need to wait for in-depth reporting about his campaign before we can write obituaries for scripts and messages. Of course, with the President-elect's distaste for the media, it's uncertain how much insight journalists and authors will be permitted to gain about one of the biggest upsets in U.S. election history.