The study, which was conducted late last year, took the pulse of 1,586 people, representing a wide variety of industries and PR disciplines.

The title ‘Chief Communications Officer’ was relatively unheard of, say, 10 years ago, when PR managers and PR directors occupied most of the space among the top level PR gigs.

Fast forward to the current era, in which PR is playing a much more strategic role in the enterprise. One result: Nearly 40% of the respondents with the ‘CCO’ title saying they earn a base salary of $220,000 or more. 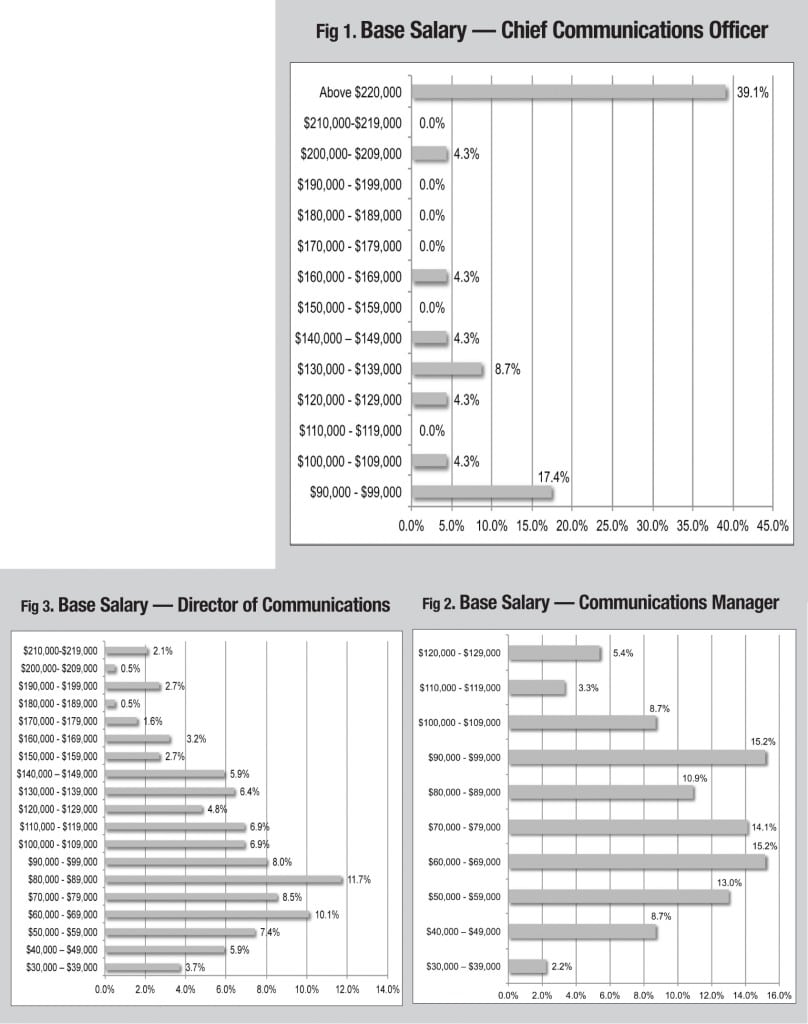 This article appeared in the June 10 issue of PR News. Subscribe to PR News today to receive weekly comprehensive coverage of the most fundamental PR topics from visual storytelling to crisis management to media training.