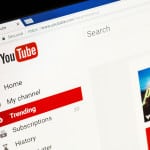 10 Tips to Draw More Eyes to Your YouTube Videos

YouTube videos can sometimes seem like the one-hit wonders of the content universe. But the good news is that through strong SEO strategy and tactical outreach, little-noticed YouTube videos can still be a powerful vehicle for drawing in new audiences. Matt Goldberg, who creates and promotes video content for Chicago-based machine tool manufacturer Lyndex-Nikken—as well as founding production company MBG Films, which boasts 8.5 million views and over 13,000 subscribers—shares 10 recommendations for increasing YouTube views. 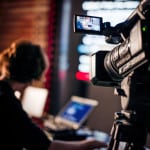 With the amount of tension in and attention on the Koreas, it was a serious interview. Professor Robert Kelly was expounding on the impeachment of South Korea’s president Park Geun-hye, during a live BBC broadcast. Kelly was sitting in his home study in Busan, S. Korea, talking with BBC News presenter James Menendez in London. As you may know, this interview eventually became a viral video. How can communicators’ video efforts compete with that?