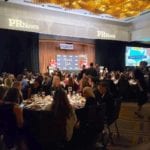 More than 500 award-winning brand, agency and nonprofit communicators gathered last evening (Sept. 17) to celebrate the PRNEWS Platinum PR Awards. Our most prestigious honors salute top campaigns and leaders in a variety of categories including advocacy, branding and social media. PRNEWS also inducted campaigns from Nike and Sandy Hook Promise into the Platinum Hall of Fame.

PRNEWS’ Platinum PR Awards honor the best of the best, the professionals and teams who have driven tremendous successes for the brands and charitable causes they champion. At the gala, which will be held Sept. 17 at the Grand Hyatt in New York City, several hundred communications professionals will gather to celebrate the top communications and marketing campaigns of the last year, as well as the PR and marketing professionals behind the strategy and execution of those initiatives. Here are the finalists.

A woman of many talents, ESPN’s Hannah Storm discusses visual storytelling and her work as a film director/producer and the founder of a charitable foundation in this brief video. 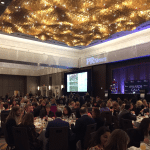 Each year, PR News recognizes outstanding achievements in communications and marketing at its Platinum PR Awards luncheon. The 2018 event, hosted at the Grand Hyatt in New York City on Sept. 21, saw nearly 500 top brand and agency communicators come together to celebrate the accomplishments of their colleagues in the previous year. 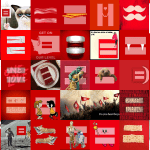 Human Rights Campaign’s red equality logo put the spotlight on HRC and spread awareness about the organization. Whether the logo is seen on a T-shirt or a lawmaker’s lapel, it sends a message that the Human Rights Campaign and its supporters remain vigilant in the fight for LGBTQ equality. To celebrate HRC’s induction into the 2018 Platinum Hall of Fame, PR News sat down with HRC’s senior design director Robert Villaflor to learn more about the inner workings of the campaign. 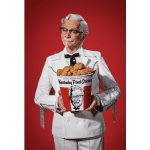 One of this year’s Hall of Fame inductees, KFC, was selected by PR News’ panel of judges for its creative reimagining of a brand icon via its “Rotating Colonel” campaign. Over the past few years, the mascot has been given several new faces—perhaps most memorably, Reba McEntire. The brand kept audiences holding their breath for the next influencer to don the signature goatee and white suit. PR News asked Staci Rawls, director, PR & internal communications at KFC U.S. to pull the curtain for a peek behind one of the most beloved campaigns in recent history. 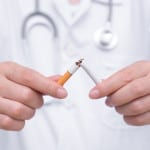 One of this year’s Hall of Fame inductees, CVS Health, was selected for its CVS Quits campaign. In 2014, the company announced the banning of tobacco products in its stores. The brand received a slew of media accolades for its bold move in mainstream news publications, on social media and from influencers in the health space. Furthermore, it successfully established itself as a health care organization, rather than simply a pharmacy chain. In a PR News exclusive Q&A, CVS Caremark’s VP, corporate communications Carolyn Castel shared some of the communications victories of the initiative. 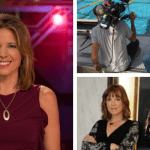 At a fireside chat exclusive to Platinum & Agency Elite Awards attendees, ESPN’s Hannah Storm will share her insights on visual storytelling and branded content, as well as her vision of influencer relations and the media landscape. In anticipation of the Platinum & Agency Elite Awards luncheon, which will be held Sept. 21 at the Grand Hyatt in New York City, PR News spoke with Hannah about her latest projects and her view of PR in 2018. 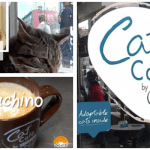 5 Questions for the Creators of Purina ONE’s Cat Café, a 2018 Platinum Hall of Fame Winner

One of this year’s Hall of Fame inductees, the Purina ONE Cat Café, wowed judges for its forward-thinking approach as the first cat café pop-up in North America. For this campaign, Purina ONE, working with agency partner Golin, took a cue from the popular trend in Eastern Asia and Europe. The pet food brand also partnered with the North Shore Animal League, which organized cat adoptions onsite, and won placements on “TODAY,” Reuters and other top outlets through strategic media outreach. PR News learned more about the inner workings of the campaign from Golin’s Stephanie Matthews. 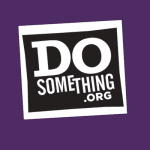 One of this year’s Platinum Hall of Fame inductees, the DoSomething.org website, was selected by PR News’ panel of judges as leading the pack in clear and achievable calls to action. Website visitors have the option to get involved on a variety of causes using a simple dropdown that filters by time commitment and type of cause. PR News spoke to DoSomething.org’s CMO Carrie Bloxson about her organization’s Hall of Fame win, and what makes DoSomething.org’s website such a standout.