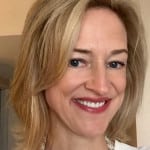 In her 20 years at Accenture, Stacey Jones has been key in shaping its brand and image during significant growth and reinvention. She is one of its strongest leaders, overseeing 150 professionals in 25 countries and spearheading global marketing and communications efforts across media, diversity, talent, corporate responsibility, non-financial reporting and recruitment—key to hiring approximately 100,000 employees a year.

Jones brings diverse experience, having held in-house, agency and journalism roles throughout her career. Jones is passionate about empowering women, which inspired her as she developed Accenture’s women’s program. She is the mother of two boys and even coaches their sports teams.

On Jones’ watch, Accenture’s annual celebration of International Women’s Day has grown over a decade into one of the company’s signature efforts to engage its people, clients, recruits, alumni and influencers and to position Accenture as a leader in gender equality. Client attendance has increased more than 200%, and the event has featured speakers ranging from Sheryl Sandberg to Barbara Walters. This year, Jones oversaw the execution of 310 events in 49 countries with 25,000+ participants. Accenture live streamed events in Dublin, Sydney and New York.

On social, the conversation centered on Accenture’s theme #GreaterThan—encouraging women to go above and beyond their boundaries—resulting in more than 42.8 million impressions, 8,594 total mentions and 6,300+ engagements with posts. Each year in conjunction with International Women’s Day celebrations, Accenture produces research on women in the workplace, and Jones is fundamental to that effort. This year she led the rollout of Accenture’s groundbreaking Getting to Equal Research, which introduced the concept of digital fluency, and all media efforts and strategic positioning around the campaign, resulting in 2,900 earned media hits in 30 countries.